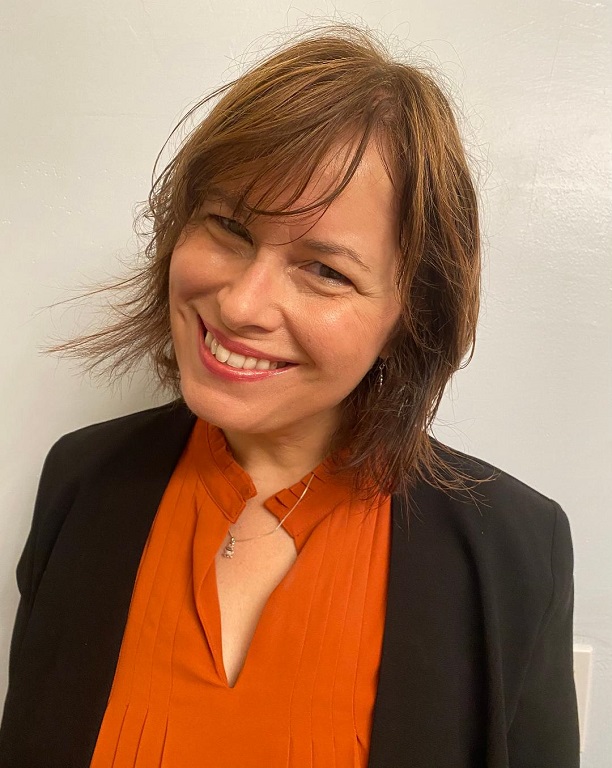 Every Saturday, bikes and boxes and plastic bins line their driveway like a yard sale without the tables. Their son went missing, what, eight, nine months ago? Time turns wobbly under loss. And ever since, they’ve been cleaning out their garage as if they’ll find him between the old paint cans and surplus motor oil. They have an eclipse inside of them. It darkens their lives. Meanwhile, us neighbors are forced to witness their grief in the messy way raccoons dig through trash.

“Really, Mom? Give it a rest,” my son says, entering the kitchen. I startle in spite of myself, glancing over at him before looking back out the window.

“Don’t tell me what to do,” I say. It’s an old argument. Which one of us is most in charge? Boys. They practice commanding everyone around them from day one. Breaking hearts, too. From diapers to busted toys and lost shoes, they practice what it takes to break a heart. Just look at the neighbors: there’s your proof.

“You mind?” he asks, empty glass in hand.

I make room for him at the sink and lose my view out the window. He’s slick with sweat and nearly panting: the aftermath of mowing in Florida’s mid-July morning. I listen to his heavy breathing, the song of it. The missing son was his friend once, back when they played flashlight tag with other kids while us adults sipped wine and acted like eclipses happened elsewhere. Then middle school came along and divided us all up into cliques and moving vans.

He doesn’t answer. He chugs his water down, dribbling some of it onto his grey T-shirt. Or is that sweat? It’s sweat, dripping down his face, clotting up his hair. If only he could sell the stuff to pay for college.

“You say something?” he asks, pulling out an earbud from his ear. He holds it up like an excuse, letting a thin, tinny sound seep through the air.

“Forget it,” I say. Soon, deodorant will work better on him. Won’t that be a relief. He’s too much like the other boys his age, I think, until I see the earnestness in his face, the younger version of him echoed in his features. I notice, too, his shirt is new. One I didn’t buy. Always, with sons, the familiar and the unfamiliar are side by side—a dissonance that can’t be resolved.

“Sam said that guy in the blue house recommended a therapy group they could go to. Awks, right?”

“Awks,” I say, feeling the sound of his words in my throat. Definitely awkward. The two of us push in beside each other to get a view. His slippery, salted skin rests against mine. Together, we watch the neighbors move their ladders, boogie boards, and beach toys out into the sun. It’s shameless, our staring. But so is their routine, public sorting of private clutter. I keep waiting for the Saturday they’ll stop, for it to be over. Maybe that’s all the blue-house man wants too.

“They’ll be another hour at least. Maybe you can finish mowing tomorrow?”

Help. Is that what they’re looking for? I’d thought it was hope. What is it they need? Their son, yes, but sadly, gone is gone. Had it been my son who went missing, you wouldn’t catch me spreading around my grief all out in the open. It invites too many gawkers, too many puzzlers, like us.

“Hey, where’d you get that shirt?” I ask. It’s a parody of Freddie Kruger and that other one in the hockey mask—caricatures of them both, reading, “Rock beats scissors,” as if that settles it. The joke’s on them: they’re not scary at all.

The next heart he’ll practice breaking. Unless she practices on him first. “Tell Megan I like it. It’s ironic.”

“Is it?” I ask. I do wonder. It’s the real monsters who seize us, who cause an eclipse, who send us out to our garages, unpacking memories and other junk week after week only to repack it all. Yes, maybe they do need our help. I’ve been silent too long.

“Why do you always have to be that way?” he asks before plugging an earbud back in.

“What way?” I ask, but he’s already left to finish the yard.

The neighbors have paused their efforts. They stand, holding hands, surveying the clutter. They smile, looking satisfied. What should I make of it? They seem fine, like it’s all just routine. Yardwork and vacuuming, silverfish and dust and years of a life pulled out like a photo album—all just routine.

I hear the mower restart—my own son carrying on while inside me shadows fall. I’d believed the neighbors were looking for clues. Now, hope seems too elusive a thing to find mixed up with the extension cords or behind a cooler. Sons aren’t Hansels laying trails of white pebbles to find their way back home like in the fairy tale. Boys. Years of stuff that none of us know what to do with is all we have left when they’re gone.

Pamela Baker’s stories and essays have appeared in many journals, including Story, Reed Magazine, The Southeast Review, Sycamore Review, Cream City Review, The Journal, Bayou Magazine, and New South, as well as the anthology, I Wasn’t Strong Like This When I Started Out, edited by Lee Gutkind. She holds an MFA in Creative Writing from the University of Central Florida in Orlando where she currently teaches writing and rhetoric.