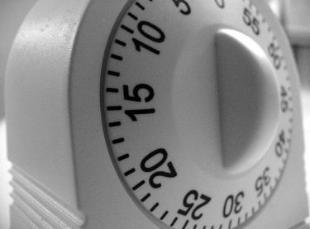 Okay, so now I wait. Three minutes. Three long minutes. And then…what? I guess I’ll jump off that bridge when I come to it. Maybe I won’t have to do anything at all. I could be worrying for nothing, but five days is pretty late. I’m usually like clockwork. Oh God, please don’t let the stick be blue. It can’t be blue. It won’t be blue. I was careful. I made sure he wore a condom every time. Lots of people do it with no protection at all. Are they sitting here listening to the sickening tick-tick of a timer as they wait for their entire future to be revealed to them by a stupid stick? I’m the one doing that, and I used protection every single time. How freakin’ unfair is that? God, what will Kurt say? He won’t want me to keep it. I can just picture his face. Will he even try to hide his fright and try to comfort me at all? I don’t even know. Jesus, I don’t even really know my boyfriend, and I might be carrying his child! Never mind Kurt, I don’t even know if I’d want to keep it. How could I? But how could I not? This is impossible. I won’t have to decide because the stick is not going to be blue. Right? Right. Positive thinking! I hate the commercials for these tests. They all have happy couples with the wide smiles. Where are the people like me? We’re the ones buying the tests, but I guess people pacing and wringing their hands, chanting, “No blue, no blue,” wouldn’t make the best ad. It really doesn’t matter. The ad people could put Hannibal Lector in the commercials and we’d still buy the tests. When you need a pregnancy test, you need a pregnancy test, no matter what’s in the stupid commercials for them. Please, please, please, don’t let it turn blue! Fifteen year-olds have babies all the time. How the hell do they do it? I’ve got six years on them, and I’m sitting here thinking about how my life will be completely turned upside-down if the damn stick turns blue. Am I really less equipped to deal with this than a fifteen year-old? What is wrong with me? I’m not a kid. I’m twenty-one! God, wasn’t I just fifteen yesterday? My life is still just beginning! Oh, God, just give me a few more years. I just started my job four months ago. How are people going to react to my taking maternity leave? A young, unwed mother—how did I become this?

Relax. Deep breaths. I’m not a mother yet. Still a minute and a half left in limbo. What if Kurt wants to do the so-called honorable thing and marry me? I don’t even know if I love him. I’ve only known him for six months. How could I marry him? And if we did get married and have a kid, we’d have to move to the suburbs and buy a minivan, and then I may as well just lie down and wait for death. I hate minivans. I hate the suburbs. God, I’m going to get fat too. Then Kurt won’t even want me anymore, and he’ll run off with some bimbo and leave me to sob uncontrollably and start drinking vodka in the middle of the day. Damn it. Why didn’t I go on the pill? I’m such an idiot for putting off going to the doctor for so long to get a prescription. What the heck kind of mother will I make if I can’t even manage to do that?

Okay, just calm down. It won’t be much longer now. This stick is not going to be blue. Everything will be fine. How can I possibly support a child? I have student loans and obscene credit card bills. I can’t afford a baby! Diapers, clothes, food—and I don’t want to think about how much daycare costs. I’m going to have to stay home and take care of the kid because I can’t afford daycare. Then I’ll have to go on welfare, but I still won’t be able to afford my rent, so I’ll get evicted and will have to live on the street and beg for change. No. No. No! None of that will happen because the stick is not going to be blue. There are plenty of reasons I could be late. Work has been crazy lately, and didn’t I read somewhere that stress can make your period late?

How can three minutes last so long? This seems like ten times longer than anything I did to get me into this position in the first place. Yeah, good old Kurt, the minuteman. I have to pee again. Damn, I just went on the stick like two minutes ago. Pregnant people have to pee all the time, don’t they? Oh, but so do nervous people, right? I think I’m going to barf. Oh shit. I got drunk at that party two weeks ago. What if I was pregnant then? What if the baby is deformed or something because of me? I haven’t taken my vitamins either. My doughnut and mac-n-cheese diet isn’t good for me, much less a baby! I need to buy some vegetables. When was the last time I bought vegetables? They always to turn to mush in the crisper before I get around to eating them. How can I make my child eat broccoli when I find it repulsive myself? It would be so hypocritical! I’m going to make such a horrible mother! Mother. Mommy. Mama. Oh God, no. That’s not me. Not yet. If I get through this, I’ll use three kinds of birth control every single time. Or maybe I’ll just swear off sex until I’m married and ready for motherhood. Sure. I could do that. Whatever it takes. Anything to avoid— 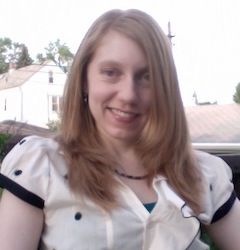 Elizabeth Barton lives in Chicago, where she works as a medical writer and is polishing her first novel. Her work has appeared in Skirt! Magazine, on wow-womenonwriting.com, and in the Journal of Ordinary Thought.