THE PLAY’S THE THING 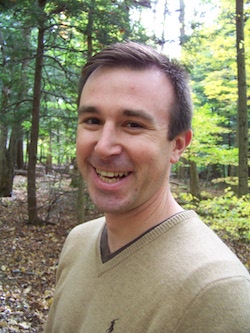 Ronald parked next to the solitary car in the unplowed lot and his wife grumbled as she stepped from the passenger seat into the deep snow. He reminded her once more that buying tickets meant that he would use them, blizzard or no blizzard, travel advisory or no travel advisory.

The desolate lobby, gilded and red, felt haunted. A teenage boy in a frumpy vest took their tickets, handed them programs, and pointed to a left entrance. Ronald barely acknowledged him.

Inside, the space vibrated with the absorbed energy of past performances. This unsettled Ronald and gave him the feeling of being watched. Only one other person possessed the bravery or foolishness to attend today’s show: a blond woman in a mohair sweater and a scarf tied in a neat, looping knot.

Ronald’s wife stomped melting snow from her boots. He checked the tickets. Figures, he thought. The woman sat in his row, directly adjacent to his seats. And they were his seats. The tickets said so. The credit card statement said so. His mere presence said so. He drew an impatient breath and sidestepped into the row ahead of his wife.

The woman turned to him.

He couldn’t quell the automatic tightening in his chest, but gave no visual sign of recognition.

He fumbled with his wife’s coat, and sat. He attempted to settle his heartbeat with deep, even breaths. When that failed, he studied the cast list.

A play of three.

Ronald’s right side, especially his ear, grew hot. He could reach out and touch her hand as easily as pushing a check across a restaurant table. He examined her fingers in a sidelong glance and wondered if they felt the same after half a decade. They held the program pages with a delicate pinch, their tips hovering over words before turning each leaf slowly and softly. They tormented him with their maddening closeness and insurmountable distance.

“What’s this about?” his wife asked.

“Hmmm? Nothing. Nothing. Why?”

“It’s about something.” Her unopened program lay flat on her lap.

The house lights dimmed, the curtain unfurled, and three people appeared onstage. Woman One said something about taking an exotic trip to celebrate an anniversary. “Sri Lanka. Or the Congo. Someplace warm and wooded with rainforests.”

The Man didn’t look at her as she spoke. He looked past her at Woman Two, who stood slightly stage right, absently flicking through a travel brochure Woman One had dropped onto a table upon entrance. Woman Two kept her head down and glanced at the Man just long enough to make sure he was watching her. Flip, flip, flip. She continued through the magazine.

“This snow is slowly killing me,” Woman One said.

Ronald’s right ear grew hotter. He felt his right leg shift slightly as the muscle involuntarily tightened. He could almost feel the threads of their clothes touching once more.

Outside, the storm thickened. Ronald’s car sank beneath the swirling drifts and the city stopped breathing.

Todd Benware teaches high school English, Shakespeare, and Creative Writing. His story, “A Sip of BlackBerry,” was named Honorable Mention in the 2011 Gemini Magazine Flash Fiction Contest. His poems have appeared in Plainsongs, and Bombay Gin, and he is currently seeking representation for his young adult novel, Shedding.