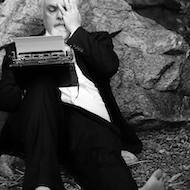 On graduation night, Jillian goes with her boyfriend Garrett and some of their friends to the Wigwam Motel out on Route 66 because he says he wants to lose his virginity ironically. It’s a kitschy kind of a place with separate rooms that look like teepees from the outside. Garrett and his buddies Kyle and Josh have signed up to go to Vietnam, and Garrett says he’ll probably be shot dead before Christmas. He doesn’t want to die a virgin.

Afterward, she’s lying under the covers looking at the ceiling and wondering if anything in her has really changed. She wonders what the big deal was, and she thinks about Garrett and loving him, and if he does come back from the war, whether he’ll want to marry her or not. Probably not, she decides as she watches him combing his hair in the mirror. She wonders what he’ll look like with a buzz cut.

In a few minutes, there’s a knock at the door, and Garrett steps out to talk to his friends outside. When he comes in, he tells her that the other girls chickened out and went home and wouldn’t it be a good deed if she slept with Kyle and Josh who are probably going to be dead by Christmas too.

Jillian props herself up on her elbows to look at him, aware of the cover falling down and revealing her breasts, aware of his eyes and that hitch in his voice when she does it. “Is that what you want?” she asks.

He folds his arms, leans back against the door frame, bites his lip. “It’s not like that.”

“It’s not about what I want or don’t want. They’re my brothers in arms.”

In the end, he wears her down, convinces her, and his two friends come in one at a time. Garrett drives her back to her house, and that’s the last time she sees any of them before they ship out.

Jillian learns from a letter from Garrett that Josh died twelve days after he got to Vietnam. He was shot in the head by a sniper. “Could have happened to anyone,” Garrett writes. She doesn’t hear anything more until she comes home the day before Easter to find Kyle in her kitchen chatting with her father. He’s missing his left arm below the elbow, but he smiles at her, and she sits down with them. She wonders what he’d think of the trip she took to Mexico with her sister or what he would say about the operation or the recovery. She wonders if he’d be angry or relieved. Not that she’s going to tell him. There’s only a one in three chance it’s any of his business anyway.

When her father excuses himself, she wonders if he’s going to ask to sleep with her again, but he doesn’t. Instead he asks, “You have a boyfriend?”

She supposes the question means that Garrett isn’t. “No.” She reaches a finger out and traces the crosshatched lines of flesh on his stump where it is lying on the table.

She shrugs. “I don’t know that I really want one right now.”

But she cuts him off. “No,” she says. She shakes her head definitely, and gets up from the table. She’s glad her father is home. She’s goes into her room and clicks the door behind her. When she’s alone in her room, she cries for Josh and for Kyle’s arm. She cries for Garrett and writes him a long letter about her life at college.

Jillian half-expects Garrett to call when his year’s tour is up. When he doesn’t call or write, she imagines him coming to her dorm room at night, throwing pebbles until she opens her windows, and she doesn’t know what she would do if he did.

It’s not until eleven years later that she thinks she sees him again, and even then, she’s not sure. She’s on a vacation with Billy and their daughter Mary driving on old Route 66, taking photographs of the buildings abandoned out in the desert. They’re in front of an old cafe, Billy taking pictures the way he does and explaining the concept of googie architecture to Mary as a vision of the future that has come and gone just as everything comes and goes.

“You have to think of the way this would have looked all lit up in neon,” Billy says, and Mary’s nodding and yessing him as though he is a kind of prophet, as though what he’s talking about makes any difference to anything, as though anything makes any real difference.

That’s when she thinks she might see Garrett, a man about her age getting out of his car on the other side of the parking lot. The desert stretches out behind him, and he has the same nose that Garrett had. He walks like Garrett.

Jillian’s going to call out to him, she’s going to speak to him, but she doesn’t. She wants to introduce him to Mary so she can tell her daughter about that ironic night all those years ago. She thinks about warning her, but against what? Instead, she listens to her new man and wonders what she would have said if Garrett had come to her dorm window some night. She wonders if she would have slept with him and told him she loved him even though she knew she didn’t. She thinks about how there is no love, not the way they talked about when she was a kid. She wonders if she would have married him if he asked. There’s a line of ink running down her forefinger. She studies it and wonders who their child might have been.

John Brantingham’s work has been featured on Garrison Keillor’s Writer’s Almanac and in The Best Small Fictions 2016. He has seven books of poetry and fiction and is currently writing a collection of flash fiction vignettes about the history of California with Grant Hier. He teaches poetry and fiction at Sequoia and Kings Canyon National Park and Mt. San Antonio College.