BACK HOME IN DUBLIN 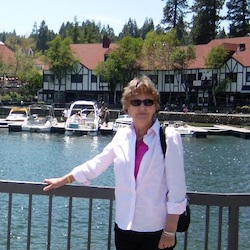 Brisk sea breezes rustled the shutters of the Cape Cod cottage, awakening Thomas J. Kendan just after midnight. The elderly but fit Irishman arose from the sofa-sleeper and slid open a window to the marine air. “This past month has been a good retreat after divorcing Kaylin,” he mumbled to the moonlight, “but I’m ready now to resume life back home in Dublin.”

“I’ll catch up on friendships and keep a close eye on the store,” the sixty-five year old clothier assured his son Bernie upon packing up to leave the next day.

Thomas refused to dwell on Kaylin, accepting the reality that a large inheritance from her father had led the old gal astray. She had returned to Thomas’ forgiving arms after her first fling, but when she left him again, he had phoned Bernie to say, “Your mother can tramp about all she wants now. Our thirty years together are over.”

He dozed lightly on the night flight out of Boston, soaring across the Atlantic into the dawn. A strong cup of Irish breakfast tea braced him upon landing, after which he hailed a taxi to his clothing store in Dublin’s city center.

“Put the winter wear on clearance,” Thomas told his management team, and when he finished reviewing the books, he stepped out the door of his store to the wonderment of the city he loved. He lunched on shepherd’s pie and tomato soup at a good tavern and then joined the crowds along Grafton Street where the buskers’ music wafted across the old cobblestone and brick. “I’m going forward from Kaylin, and I don’t intend to reflect,” he affirmed to himself.

With the leisure and the largesse of the well- heeled elderly, Thomas immersed himself into the cultural arts in and around Dublin, participating also in alumni events at his old Trinity College. When the weather on the great isle was favorable, he took long drives out to the meadows and vales or, more frequently, to the nearby Wicklow Mountains.

One Saturday in July, several months after his Cape Cod visit with his son Bernie, Thomas awoke to an unusually sunny morning. Inspired by the clear blue skies, he dressed in khaki slacks and linen shirt and set out for the DART station to catch the next train to Dun Laoghaire, a village on a harbor of the Irish Sea. Upon disembarking in the charming town just a half-hour south of Dublin, he lingered along the water’s edge before eventually strolling out to the light-house at the far end of a broad pier.

An hour later, while making his return to shore, Thomas gazed casually over at the pleasure boats moored in the harbor, swaying with the tide. To his dismay, he caught notice of an all-too familiar figure. His ex-wife Kaylin lay sunbathing on the deck of a sailing sloop, chatting with a man half her age. Repudiated by her wanton ways, Thomas lifted his tam in a subconscious but permanent dismissal.

When Kaylin rose to a stance on the boat’s deck some moments later, she mentioned to her youthful companion, “I could swear that’s my ex- husband over there on the pier. Let’s set sail, Arnie. If Thomas knows I’m still in the area, he’ll try to win me back.”

Thomas, shaking the bothersome image from his mind, occupied the rest of his day touring the National Maritime Museum and enjoying fresh filet of whiting with a little jar of smashed green peas at a posh Dun Laoghaire restaurant overlooking the sea.

His routines kept him nicely occupied over the ensuing weeks of summer with Monday morning visits to his store having first priority. When the weather was fair, he often motored out of Dublin to keep up his driving skills on the narrow walled roadways, but on inclement days he browsed the galleries and bookstores and exhibits at various museums. Bachelorhood suited Thomas well. Even when at home alone, he never felt lonely. Classical music and a pot of tea served his needs well.

Another month passed, and September arrived. Thomas had been downtown to select for himself two tweed blazers from his store’s inventory, and as he drove home and turned into his driveway, the shadow of his ex-wife Kaylin emerged from the trees and shrubs. She was grasping a large suitcase in each hand while, at her feet, an overstuffed duffel bag stood anxiously waiting.

Margaret Brinton’s work appears in Boston Literary Magazine, The Storyteller, The Iconoclast, Downstate Story and other journals. A decade of sailing with her husband and children in their 25-foot sloop on San Diego’s colorful Mission Bay stimulated her creative powers. Trips to Dublin and the villages along the Irish Sea as well as the Sierra Nevada Mountains and the Rocky Mountains have added further inspirations for her work.