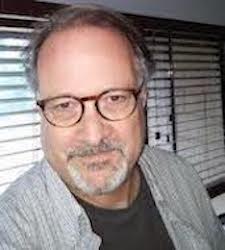 We met at Trader Joe’s, both reaching for bags of Hawaiian kettle chips, she for barbecued, me for salt and vinegar. I said, “Those flavor choices really reveal character, don’t they?” quickly and smoothly, just like a “meet cute” scene in a movie. Her laughter led to a conversation.

She worked for an outfit that contracted with the Red Cross doing blood drives; she drew the blood. I told her my gig was in sales, electronics. After about five minutes I asked for her number to find out when the next drive would be since I was ready now, after a long break, to donate again. She, instead, gave me a date, time and address.

In the parking lot I asked once more for a number, or about having coffee. She politely declined, and said it had been a delightful encounter.

Five days later I found myself lying on a gurney with a needle in my vein, my blood pumping through a tube into a plastic bag.

Sara had tied a length of rubber around my bicep very gently, her hands encased in gloves, also rubber. Her white lab coat brushed against my arm as she delicately found an elevated vessel before softly breaking my skin with the needle. She smiled shyly, as if we had never met, spoke quietly in comforting tones, and rested one be-gloved hand on my shoulder while making sure the process was working and the flow was good. It was exquisite and even incredible.

Previously, while checking in and filling out the paperwork and answering the questions, I had lied about my hepatitis. I figured they would test for it afterwards and throw my blood away, pretty certain they’d throw my blood away and put me on the blacklist for further donations. I hoped so, anyway.

In the meantime, I rested, and took pleasure, for as long as I could, in the casual way Sara stood next to me, made small talk, looked at me with kind eyes. Then finally, how she tenderly withdrew the needle and, gracefully, affectionately, bandaged my arm.

Chris Callard has had a few short stories, comic essays, and poems published over the decades and a few plays produced here and there. He lives in Lakewood, CA, and can be reached at callb@ca.rr.com. His oddball mystery novel, Fakes and Phonies, can be found on Kindle here.