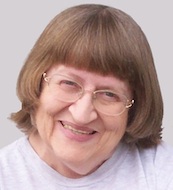 The Closet Artist didn’t like to stay in one place any too long. He lived out of his car, a beat-up ’95 Ford Taurus. Washed up at filling stations. Once in a while took a shower at one of them truck stops. Even shampooed his hair a time or two.

One time he decided to mosey on down to the Big Apple. Bought himself a twelve-pack of fake ID’s, then rotated them like dirty socks.

Every now and then he forgot who the heck he was supposed to be, but that was okay. He would smirk and say, “Jes’ call me Slim.”

An itinerant house painter by trade, the Closet Artist picked up odd jobs all over the place. Had a bunch of posters to tack up on laundromat bulletin boards: “Painter . . . Want a room done quick? . . . Quality work. Good prices.” He gave out his cell phone number and hoped for the best. One foghorn afternoon, out of work and sick of playing cell phone Solitaire, he went to a shiny aluminum diner on the bay and plunked himself down on a torn red vinyl stool. Halfway into his third slurp of java, he realized he was downwind of a smelly diner slut.

To keep his mind off the smell, which outdid his own fetid aroma on the worst day of his life, he took out a felt-tip pen and doodled on a brown paper napkin. Soon a picture of a log cabin and some fir trees took shape. For good measure he made a wispy line rise from the cabin’s chimney, and dotted in a star or two.

The diner slut eyeballed his sketch. “You must be an artist!”

“Nah, I ain’t no artist.” He shifted his body a few degrees south of her, crumpled up the sketch and jammed it into his half-empty mug.

“Then you must be a closet artist.”

“That I am. I paints closets for a living . . . closets, bedrooms, chicken coops, whatever.”

“So you’re a house painter.”

“Houses, no.” He signaled for a fresh cup of java—one for him and another for the diner slut. “Ain’t got the attention span to paint a house. I gits sick of it. Before the paint’s dry and the trim’s all done, I gits to thinking, ‘Why don’t these folks paint their house psychedelic purple or maybe even fluorescent green like the vests them highway workers wear?’ Gits a hankering to be moving on. Guess you could call it boredom—bored and dumb.”

“I wish you’d paint my bedroom. I got enough money to pay you.”

“Take a bath first and maybe I will.”

The diner slut frowned dirty creases into her forehead. “Can’t do that. My boyfriend smashed up my porcelain tub with a sledge hammer. He was high on bath salts. Can you beat that? Then he did the awful-est thing. Went into the bedroom and blew his brains out with a shotgun. Stuck the barrel in his mouth and pulled the trigger with his big toe. Weren’t nothing left of his head but his lower jaw. Sprayed blood and brains all over my bedroom wall, that’s what. I tried to clean it up with bleach and all, but it just ain’t the same.”

The Closet Artist pitied her. “I’ll paint your bedroom for you, and I’ll even do it for free. If you buys the paint, the rollers, and stuff, I’ll do the rest. I’ll even find you a fiberglass bathtub and put it in for you. I’m handy like that.”

The diner slut agreed to his offer. But he had one condition: “You can’t peek at my work. I hates to have people watch me paint. You’ll have to sleep somewheres else till I’m done.”

She gladly decided to camp out on the davenport in her living room while he worked behind closed doors. Having picked out a pale shade of eggshell white, not the bright yellow Gusto he had urged her to get, she settled for dull.

“It’s your bedroom, so you can have what you wants,” he said, and was soon at work. It took him only a day or two to finish. After cleaning up his brushes, dumping the rollers, and drying off the paint pan, the Closet Artist told her she could go in and take a look.

While she was oohing and ahhing, he slipped outside, revved up his Ford and took off. It wasn’t till evening that she stopped blubbering about his disappearance and opened the door to her bedroom closet, where she found a single panel splashed with vivid acrylics—jagged red and orange blossoms, periwinkle blue, zesty yellow, and spears of the brightest green.

The Closet Artist had left his mark.

Phylis Campbell Dryden taught writing and literature courses for many years as an English professor at Lebanon Valley College. Since retiring from LVC in 2003, she has spent the past 13 years writing, taking photographs and creating various types of artwork. She especially loves writing flash fiction. Recently, her flash fiction piece, “Morosa,” was listed as a notable story by Gemini Magazine. Many of her essays have been published in a local newspaper. In 2015, she earned an Honorable Mention from the Keystone Press Association for three guest opinion essays published through The Lebanon Daily News.