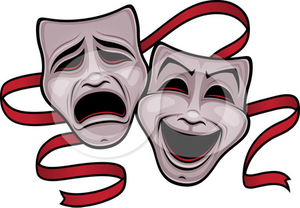 He was shy and didn’t look at me when he walked in. He was only seventeen and said that he would be doing the devil’s monologue from the second act. His face was pale and serious, his arms looked thin. He was nervous and shook his hands in the air, while breathing deeply, the way young actors do to try to relax. I wrote a note about how it’s probably not something the devil would have done.

There was something distant about his young and unsupported voice as he began to speak. The words came from far away even though the room was small. He didn’t understand what they meant. It was as if he was reciting a text in a foreign language that he had learned how to pronounce, but didn’t understand. How can a seventeen-year-old boy possibly know anything about the devil? I thought. This was right before he disappeared inside the sharp florescent light and I found myself alone in the room. The door was gone, and so was the window in the middle of the wall. The lights blinked a few times, and then it was pitch black, a ship moving through the night.

No one noticed when I fell into the dark water. I was too close to the railing. The deck was slippery and my fingers numb from the cold. As I tried to keep my head above water, I saw the blinking lights again, but this time from a distance, swinging back and forth, as the ship disappeared into the darkness.

When I was eight we learned about the stars. To some people, eternity is something that gives them hope. I have never felt that way. I always picture it to be a place somewhere far away, where others can’t reach you. I have never romanticized loneliness. To me it was always dark and I couldn’t see beyond the isolation.

It isn’t drowning that scares me. It’s the sea, the size of it. The night.

The boy cleared his throat from far away. He was done.

“Thank you,” I said, but my voice sounded numb and I couldn’t make it mean anything.

There was an awkward silence and then the boy walked toward the door. He was wearing hard-soled shoes that counted the steps. I looked at my notes and saw words I didn’t remember writing. The handwriting was the same, but the ink was slightly darker than the other notes. Wet, shiny and black; words in a language I didn’t understand.

The boy opened the door, but before he walked out he turned back to look at me. His eyes looked different, darker, reflecting the light on the surface, like buttons. He looked at me as if he wanted me to say something more.

“Neither do I,” he answered and smiled.

As he closed the door behind him I couldn’t be sure if he was the one who had auditioned, or if it had been me. 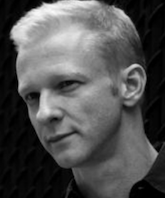 Anders Cato has directed over 50 productions in the U.S. and Europe at theaters including Moscow Art Theater, Cherry Lane Theater, American Repertory Theater, Cleveland Playhouse, Alley Theatre, and the Royal Court Theatre in London. Recently he has turned his focus to writing, while continuing to teach and direct theater at New York University. His screenplay The Room in Between was a finalist in the Francis Ford Coppola American Zoetrope Screenplay Contest. He wrote and recorded over 100 programs on American culture for Swedish National Radio. Presently, he is writing a collection of short stories. Last year he presented Photographs and Writing, an exhibition of his photographs and short stories at X Gallery in Harlem.