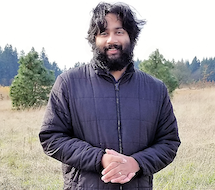 I will never forget the look of rage in Dad’s eyes when describing aioli.

“Oh, it’s an emulsion of olive oil, egg yolks, salt and garlic. Can you believe those motherfuckers?”

We were on our way back from the Bosons’. Patrick and Nancy had been traveling in Spain for a few weeks and had acquired a love for aioli, which they were now using stateside. Patrick explained how he purchased an expensive pestle and mortar so that he could make fresh aioli every evening. It was now his nightly ritual.

“It is now his nightly ritual, in addition to being a motherfucker,” my father said when we arrived at home.

Midway through dinner, Nancy Boson had explained why aioli was better than mayonnaise. It was, one, more flavorful and, two, healthier than mass produced mayonnaise from a jar. Nancy Boson hated preservatives.

Dad claimed the first Mayonnaise Thanksgiving was about capitalism and supporting Kraft Foods Inc., which he had stock in. But everyone knew he just wanted to screw with the Bosons. The Wednesday before Thanksgiving, Dad woke Mom up with a cup of strong black coffee.

In the kitchen, Mom set potatoes to boil and potatoes to roast in the oven. She had Dad bring up twenty pounds of chicken thighs from the freezer in the basement to thaw and to trim and dice into cubes. At ten o’clock Dad woke me up and we drove to Sam’s Club for bell peppers, broccoli florets, and a tub of mayonnaise. I noted at the time that we did not get the Kraft brand. Dad’s response was to turn down the liquor aisle.

When we got home, Mom and Dad set about with the mayonnaise, mixing it with tuna and shredded cheese and green onions for twice baked potatoes, dumping some in a vat of mashed potatoes with a handful of toasted garlic, using it in place of a confit for the chicken thighs.

On Thanksgiving Day, Dad woke up and had a cup of coffee. Then he started bringing in all the trays of food from the refrigerator in the garage and began warming them in the oven. He put Dvorak on the turntable and hummed along mightily.

Our guests started to arrive around noon. Patrick and Nancy Boson were late, but when they walked into the kitchen, Dad gathered them both in a bear hug.

I set the table, Mom called folks to dinner, and they filed into the dining room and took their seats.

“Everything you see before you has been prepared with aioli. Pat and Nance gave us the idea.”

Everyone ate and kept eating until all had gorged themselves. Patrick and Nancy both said it was the best Thanksgiving meal they’d ever eaten.

“It was all mayonnaise! You goddamn yuppies!” Dad shouted from the head of the table.

“Sherry, I think you may have changed my mind about mayonnaise,” Nancy said to Mom.

“That pestle and mortar were becoming a pain in the ass,” said Pat.

Our guests adjourned to the living room, where we ate scones made, at Dad’s insistence, with mayonnaise. The scones were well received. Dad remained seated in the dining room for the rest of the day. He was still there several hours after the last of the guests, Patrick and Nancy, had retrieved their winter coats and left.

“I know, hon. I know you wanted a big blowout. Maybe next year.”

“Maybe next year we’ll put dog shit in everything.”

Of course Mom never allowed Dad to put dog shit in the Thanksgiving meal, or broken glass, or his own seminal fluid. We stuck with mayonnaise. The Bosons’ next obsession involved artisanal goat cheese. Dad responded with a three pound block of Velveeta, melted over Idaho spuds. He was, in every respect, a patriot.

Avee Chaudhuri’s fiction has appeared at Fluland and is forthcoming in Another Chicago Magazine and Dead Mule School of Southern Literature. He holds an MFA and MA from McNeese State University.