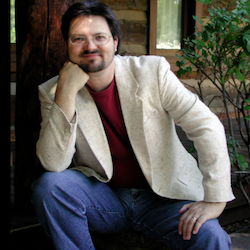 He came to me himself and told me that he loved my wife and wanted to marry her. He wanted my permission and of course needed me to annul her, to risk disgrace, so that he could achieve his ambition. He spoke directly to me, without fear of retribution (I could not hurt him), but with courtesy and a respect for my predicament and an appropriate shame for his own betrayal, however honorable it was.

They had been lovers for several months before he approached me. I had, in my own way, arranged the courtship. He had not exactly been my friend, nor would I have wanted a friend for this charge. But we had been together on the battlefield and did not, from my vantage point, harbor any animosity toward one another.

I could tell, from the first time I saw them speaking, that they were meant for each other. That she would do him good, would uncover what lay hidden, would blow on any spark of genius, would nurture what must be nurtured and root out what impediments remained. She was a natural teacher, if a stern and exacting one, aware that kindness by itself produces only kindness, and cruelty only cruelty, but when joined together, kindness and cruelty can galvanize the pupil, instill a boldness that has not only brilliance and power but magic in it.

Since my injury, I could not satisfy her, and this inability saddened me. Honestly, I could never really satisfy her. There was an insatiability about her that both frightened and enthralled me. There were times, in the years we spent together, when I believed her essential spirit would be dampened by her marriage to me.

Yes, it is true that we had children—three boys. All dead by the time they were seven, one of them before his first year passed. She loved our sons, relished her power as a mother and took seriously her role as tutor and molder of their characters. And was grief-stricken, though her grief frightened me as well. A carapace developed around her, hardening her with each tragedy.

It is weird to me that I have outlived her. I thought she might very well live forever. There was something mysteriously perennial about her—as if she had emerged from a deep core of planetary substance and was capable, if she applied herself to it, as she so wanted to do, of invulnerability. But no one remains invulnerable.

She was, in her own way, a deeply spiritual woman. I have remarried—a young and docile wife, a deeply spiritual woman too, but more naturally gracious, kinder and less hungry in her physical and emotional appetites. She cares for me and is, she tells me, content to do so. This suits me well, I have told myself many times, especially when the full extent of the scandal and tyranny and horror were revealed. My first wife’s suicide. Her second husband’s head fastened, rightly so, to the end of a pike.

I should feel privileged, blessed, fortunate. And I am fortunate with the trade I made in wives. But I sometimes still dream of her, my first wife. Perhaps this is not uncommon for aging men who have lived multiple lives to carry in their wake the history of younger, fiercer loves. I still dream of when we were happiest, after our first son was born. I remember a few months later, the child in the cradle beside our bed, swaddled in the softest wool, sheared that week from a lamb on my estate. The child waking in the middle of the night, waking because of the sounds of our lovemaking, our first encounter since the birth.

And my wife—my first wife—bringing him to our bed, holding him close to her breast, as I nestled her body. I wrapped them both inside my arms and studied them, with the moonlight streaming through the rain-smeared window, as she gently rubbed her nipple over his smiling gums, teasing him, coaxing him into nursing, the three of us there in bed, naked beneath the blankets, her guiding her nipple into his mouth. We watched our son, who would be dead within two months, taken by the mysterious infection that plagued most of our hamlet that spring, watched him smile and then greedily fill himself, the thin milk from her breast oozing from the side of his contented mouth.

K. L. Cook is the author of three books of fiction: Last Call, winner of the Prairie Schooner Book Prize in Fiction; The Girl from Charnelle, winner of the Willa Cather Award for the Contemporary Novel; and Love Songs for the Quarantined, winner of the Spokane Prize for Short Fiction and a long-list finalist for the Frank O’Connor International Story Prize. His stories, poetry, and essays have appeared widely, including Best American Mystery Stories, Best of the West, One Story, Threepenny Review, and American Short Fiction. He teaches in the MFA Program in Creative Writing and Environment at Iowa State University and Spalding University’s low-residency MFA in Writing Program.