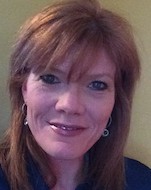 She bursts into the bathroom and doesn’t even spare me a glance. But I know she’s always aware of my presence. The instant she thinks of me, I occupy space in her mind like a single drop of blood occupies space in a glass of water.

But I’m not her priority just yet.

She locks the bathroom door, drops to her knees on the tile in front of Toilet and gracefully reaches back with her right hand, grabbing her hair into a fisted pony-tail. She plunges her left index finger into her mouth, pushing down on her tongue. It looks like a grotesquely choreographed dance.

She gags and then quickly pulls her left hand out of her mouth, her front tooth cutting a small flap of skin off the index finger knuckle as she does so, vomit splashing into Toilet in an oily, sour mess.

“Crap!” she curses. She’s upset that she nicked her hand. It’s been a long time since she injured herself. Amateur mistake, and she’s not an amateur.

She takes a deep breath, pulling the odor of the vomit into her lungs, gagging on its putrid essence.

Finger back down her throat in a swift motion, almost like she’s using sign language to communicate some sad truth to Toilet, pressing on the back of her tongue, then back out ahead of the vomit that rushes up her esophagus.

She hears her husband on the steps, so she pauses the routine.

“Laura, we need to go. What are you going to wear?” he calls as he enters the adjoining master bedroom.

“Shit. Shit. Shit. Can’t I have five minutes alone?” she whispers to Toilet. Raising her voice, she says, “Gary, I’ll be out in a minute. I’m probably going to wear what I have on.”

She pulls some toilet paper into Toilet and leans in closer, tipping her head as she sticks her finger down her throat. She purses her lips together as the vomit comes up so she can slowly release it down the side of Toilet’s bowl, keeping it from splashing loudly into the water. She doesn’t want Gary to hear.

He turns on the bedroom TV. Laura says his name to gauge whether he can hear her. He doesn’t respond, so she gets back to business, vomiting once, twice, three times.

She stops when she sees the marker food, the brightly colored Cheetos she quickly ate before dinner. Toilet says it’s how she knows she’s gotten everything.

Laura reaches up and flushes, then gets to her feet, grabbing a handful of paper from the roll. Tears have come to her eyes and she dabs at them first, careful not to smear her waterproof makeup. Then she wipes around her mouth and checks her hands. She walks over to the mirror and leans in, opening her mouth and examining her teeth. She grabs her toothbrush, but as she’s squeezing out the paste, she notices a few orange-colored spots on her crisp white blouse just over her breast.

“Fuck!” she says, starting to unbutton the blouse.

He tries the knob. “The door is locked. Why’d you lock the door?”

“I didn’t,” she lies as she reaches over and unlocks it. “Or I didn’t realize that I did.”

She only lies to Gary about what she does with Toilet and me. Most of the time, she just lies to herself.

“I’m going to have to change after all,” Laura says, shaking her blouse off. “I got something on my shirt at dinner.”

Gary steps up behind her and reaches around to cup her breasts, contained by a white lace bra, in his hands. “Let me help you with that,” he says, winking at her in the mirror.

She smiles but bats his hand away. “Stop. I need to change and we have to go.”

I know she wants time alone with me. She always does after time with Toilet.

“We’ve got time for a quickie,” Gary says.

She breaks the eye contact they’ve made in their mirror reflections and steps forward, putting space between their bodies. He frowns, so she tries to lighten her voice, make it playful.

“Gary, don’t pout.” She sidesteps past him out of the bathroom and into the adjacent closet. “I’m having a fat day. Let me get ready.”

The pleasant tone of her voice is like a radio station that fades as your car speeds closer to no-man’s-land. I hear her rifling through her clothes and then she sighs loudly.

“Gary,” she says, annoyed. “I need to get back in the bathroom. Are you almost done?!”

He appears in the doorway. “Jeez. I thought you were finished. Yes. I’m done.” He sweeps his arm to the side in a “come right in” gesture. She pushes past him with two shirts and a pair of khakis in her arms.

“Can I please have a few minutes to decide what I’m going to wear?” she snaps. Gary looks confused, not understanding but also not surprised by Laura’s suddenly darkened mood.

“I’m sorry. I just feel rushed.” Laura says. She’s trying to control the irritation in her voice, but it’s seeping through.

Gary nods and steps past her. “I’ll be waiting downstairs.” He knows when to retreat. He’ll offer kind words, gentle touches and adoring glances throughout the night to try to build her up, make her feel worthy of the love he so willingly gives her.

But I can’t retreat. And I’ll fail her. I’ll add to her unworthiness because she doesn’t understand my purpose. Never has.

She steps on me and I do what I do: I flash the number that she lets define her.

Her kick is hard and swift. I don’t break but she does, a little bit every time she visits me. I wish I could give her the right combination of numbers to release her from the porcelain prison.

Michelle Cox is a professional freelance writer who sometimes misses her days covering death and destruction as a cops and courts newspaper reporter. In addition to writing fiction (soul food), she currently writes and does social media for Fiftiness.com (crazy fun), and contributes to Mamalode, 5MinutesforMom, Parent.co and Henpicked. Michelle lives in St. Louis with her husband and their three kids.

The genesis of “Porcelain Prison”: One day I got to thinking about what household appliance might be the antagonist in a story, and all the voices in my head unanimously voted for the bathroom scale. Then I started feeling a little bad for scales in general—just think of all the things to which they bear witness and how absolutely misunderstood they are. I hope Laura’s scale and the story he tells can help someone jailbreak her own porcelain prison.