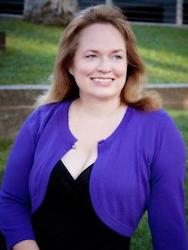 I pay an acquaintance a compliment. I pay total strangers compliments too. Do verbal acts—these complimentary truths I may not ordinarily voice—count as kindnesses? And are they random?

I help a couple of people with heavy bags or items that fell. Are those random acts of kindness? Wouldn’t anyone lend a hand in such situations? Does it count when I regularly help folks in this way?

What is random anyway? In statistical terms, random selection means everyone has an equal probability of being chosen. But most of us think of it as meaning something more like moving through life haphazardly, without clear aim or discernible pattern. In any sense of the word, it isn’t clear my actions are random—not everyone has an equal chance of being chosen (do they?)—and I had an aim to be kind, to help, or to compliment beauty as this beholder sees it.

What can I do, then, that is different from what I normally do? And can I actually do something truly randomly?

I take a crisp ten-dollar bill and seek to give it away. To whom should I give it?

Not her…too many rings and things and a pricey coffee in hand; she must not need it. Not him…giving it to a homeless person is too obviously not random as he needs it so much. Or does he? Maybe ring lady is in more need, weighed down by debt from which the homeless man may be free. Maybe she could use this tiny bit of cash to make an ever-so- tiny effort to pull herself out of the abyss she created with her possible addiction to material things. But maybe homeless man needs some food, or booze, or neither, or both. Should it matter? I hear people say, “Don’t give money to beggars, they’ll probably just buy booze.” What’s the difference in giving money to her if she’s addicted to things and coffee drinks, or to him if he’s addicted to alcohol?

What about the people in between…neither the rich nor the poor, but the working- or middle-class Joe or Jane like me? How many times have I slipped between the cracks for not having enough money to, say, have my parents pay for school but making just a few dollars too much to qualify for this or that grant or need-based scholarship? Too many. How many thousands of dollars did I rack up in student loans because of being neither rich nor poor? Too many.

And it isn’t just with school. I’d fallen in between so many other cracks throughout life because I was average…not pretty enough but not ugly enough, not smart enough but not dumb enough, not well-off enough but not bad-off enough. How many times had I thought, “If I make it big one day, I’ll have a scholarship for people like me…a ‘fallen between the cracks’ grant or a ‘white trash’ scholarship.” Not that I am or was, nor my family, trash. Far from it. But we just too often got set aside or thrown away like so much forgettable trash in our invisible gray- beige ordinariness. Would I have been better off had decisions been made truly randomly? Hard to say.

I find I want to give the ten dollars to all of them, to each one. I wish I could give hundred-dollar bills instead. I wish I had a stack of bills to pass out without thought or judgment “just because,” and watch, or maybe not, the different reactions—in them, in myself. But I have just this one ten-dollar bill. To give as a random act of kindness.

I suppose random would suggest that any person is as good as the next—give it to the first person you see, or the tenth, but don’t let the mind come into play or it isn’t random, even if it is a kindness. I can’t seem to get my mind out of the way.

But what inhibits us may also protect us. Maybe the mind helps free us when we are paralyzed by choice and must make a decision. A decision that is more meaningful to us than another, even if the decision—in the case of random acts—is to be as meaningless as possible in order to be free of attachment to the process or the outcome.

I go to the gas station and watch six-pack-abs guy in his he-man-gobble-gas Hummer. I watch Barbie Doll girl in her ooooh-my-red- lipstick-matches-my-nails-purse-and-shoes sports car. I watch a family of four in the minivan with DVD players to keep the kids noisily quiet and completely uneducated to the geographic setting, street names, or landmarks in their world. I watch the tired day-laborers in a beat-up truck, hoping this gringo is a good guy who will actually pay them when he drops them off in the barrio. I see them hoping they’ll have enough money to feed and shelter themselves with some left to send home to their families in Latin America.

Then I see her. I see the ordinary-looking woman in her forties in ordinary clothes driving an ordinary, nondescript car. How often does someone pay her a compliment, or even give her a second look, with that mousy brown hair, lackluster skin, and average figure? Probably not very often. Maybe never. How often does someone say “nice ride”— unless sarcastically—about that boring, practical car? Has anyone ever had sympathy, or empathy, for her when whatever situations she must deal with in her workaday, mundane life are not obvious or political?

I wish I could just hand the money to her and walk off, but that feels too awkward. Instead, I smile as I approach her as she pumps gas. I offer some justification for my act, saying, “Aren’t gas prices just unbelievable these days? Here…this is for you…” I extend the ten- dollar bill, and a brief, curious look passes over her face. “…to offset the price of your gas, or to do with what you will.” She takes the bill with a “Thank you” in return, as if she’d never been given anything before.

I turn and walk to my car without looking back. I don’t need to look in the mirror of this woman’s face. In my overactive mind, which protects my oversensitive heart, I thank her. I thank her for the reminder that too often we turn away kindnesses…too often we don’t see or hear or accept them when they are offered. I only hope when my turn comes— whether in the guise of a subtle compliment, a ten-dollar bill from a stranger, or the fully loaded proverbial ship coming in—that I have the grace to not block the flow. That I have the wisdom to not feel unworthy, but simply to accept it with a simple “Thank you.”

Stephanie deLusé’s writing explores the tensions of influences that exist in and around us. She has work in literary journals such as The Griffin, The MacGuffin, Emeritus Voices, and The Legendary, and in academic journals including Family Court Review, Issues in Integrative Studies, and Family Process. She has essays in books like The Psychology of Survivor, The Psychology of Joss Whedon, and The Psychology of Superheroes. Her first book, Arizona State University (Arcadia), came out in 2012. By day, she professes in Barrett, the Honors College at Arizona State University. Her writing has earned a Pushcart nomination and her teaching has won awards, including “Last Lecture.”