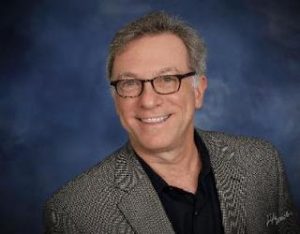 In November 1972, in the living room of our two-story home south of Pittsburgh, my family stopped being whole when Mom sat up on the couch, looked directly my way, and said, “Larry, where’s the damn lighter fluid?”

Dad had come home from the steel mill earlier, fatigued as usual, and ignored Mom on his way to bed. He had been appearing to us in spurts, as if he would rather work two jobs than deal with five kids and a combative wife. He was always doing good deeds for others, though. For instance, one time Dad drove to Wildwood, New Jersey to save a cousin, arrested for drugs, who was too afraid to call his own parents. And recently Dad had gone out in a blizzard at three in the morning because a neighbor’s furnace had shut down. He didn’t accept a penny for his service. He never charged anybody poor more than a bowl of soup for his labor. “They can’t afford it,” he told Mom. Mom never did appreciate the New Jersey trip, and the pro bono furnace work had put her in a foul mood, seeing as how we lived paycheck to paycheck.

That night Mom’s green eyes looked as if they were seething, almost smoldering on the couch like a dying campfire. She dug through an ashtray for a puffable cigarette butt.

I sat across from her on a torn recliner, flipping through my stack of Motown records, trying to ignore her. She was out of cigarettes. She was always scarier when she was low on cigs. I pretended to laugh at Johnny Carson’s monologue, but my laugh came out stilted. Mom and I had watched The Tonight Show together since I was six years old. Mom tried to light one of the butts, but her lighter wouldn’t light. My hands sweated onto my stack of vinyl records, and one, Otis Redding’s “Try a Little Tenderness,” slipped from my hands and rolled toward Mom. She glared at the record, then at me. She threw the crinkled butt at Johnny Carson and the television set.

“Where’s my damn lighter fluid, Larry?” Mom asked again, before marching into the kitchen. Her terrycloth robe opened and the slip underneath was shiny and wrinkled. I slid off the recliner and followed her.

What now, I thought. Was she going to set Dad on fire? Mom never barbecued so I doubted she’d put on some chicken now, at midnight, with the weather around fourteen degrees. I watched as she combed through kitchen cabinets, slamming them as she went along.

“Aha!” she yelled when she found the fluid underneath the sink. “Larry, get me my matches upstairs next to my bed.”

I hurried up the stairs, but then thought, Jesus, what if she was going to burn the house down? Once, while fighting with Dad, she had threatened to do just that. I slowed down my search for the matches.

I sat at the top of the stairs and thought about how we’d almost made it. But this was the end. I knew it. Whatever Mom had planned, it was the end. I now look back and think, crazy never leaves crazy, does it? The chaos couldn’t leave us. The chaos was us. The alley where we lived, with all the neighboring support, couldn’t even protect us. Dad had built our hillside house next to Pa Calamia. Right then we all should have been worried. What sane man, a Polish man, builds a house next to his Italian father-in-law?

“Where’d you go—Timbuktu for the damn matches?” Mom found a fairly substantial cigarette butt in the ashtray and lit it immediately. She went over to the pantry in the kitchen and pulled a television box out of it.

“Pictures?” I looked at the lighter fluid and then the box. “You’re not going to burn our pictures?”

Mom then went deep into the hall closet and pulled out a pair of boots. I watched her balance herself against the closet door and struggle to get the boots on, the cig dangling from her lips. Mom grabbed her Woolworth’s coat off a hanger and put it on. She rushed back to the box and dragged it near the kitchen door. She flicked an ash into the ashtray. Then she looked at me.

“I’ll do whatever the hell I want to do,” she said.

Mom trudged into the snowy Pennsylvania tundra. I watched as she dragged the cardboard box overflowing with our family photographs behind her. I had no idea she had been taking down photos for days—off shelves, off walls. Years later, my brother told me that he had noticed, but Mom had shrugged his questions off by saying she was going to wallpaper the house.

I rushed up to my sisters’ dormer window and kneeled on the window bench for a bird’s-eye view into the alley. My sisters were asleep in their pink bedroom. The painted white clouds on the walls looked shadowy. Mom’s coat hung over her nightgown, and, of course, the cigarette still dangled from her lips. She wiggled the box one way, paused, puffed, and wiggled it another way, slowly edging the box up the cracked sidewalk. Determined, always so damned determined. The red rubber boots helped with her traction, and finally she wiggled the box into our alley. I was embarrassed and scared at the same time. I needed to wake my dad, but I didn’t want that fight. Dad had taken most of the photos with his Kodak Instamatic camera, and I knew he’d be furious.

Mom sat on the front bumper of Grandpa’s Chrysler, a telephone pole spotlight illuminating her. She crossed her legs casually and then grabbed the can of lighter fluid out of the box and placed it on the hood. She sifted through the photos, lingering over some of them. Every so often her thumb slid past one or two as if pushing hair off a forehead. I sensed her dilemma, her conflicted feelings between love, indifference, and hate. She opened a photo album, stayed with it longer than the others, and then flipped it into the box as if it were a dog-eared JCPenney catalog. Mom then bent over and reached inside the box. She pulled one photograph out, stared at it for a long time before sticking it in the side pocket of her nightgown, the pocket she kept her Kleenex in. What photograph was she keeping?

I swear, in this life of mine, I have already had too many moments of cowardice, too many regrets. And yet I don’t think I’ve ever been more cowardly than at that moment, knowing full well that not only were our pictures about to be lost forever, but also the proof of our existence—our existence as a family. How could I sit there staring so silently? Do something, Larry! Wake Dad up. Bang on the window!

Mom reached for the lighter fluid and stood up. She circled the box, dousing it with fluid. She looked altruistic. As if she was giving a gift to her family. Mom paused and took one last drag of her cigarette. I opened my mouth, but no words came out. She then lowered her head and flicked the cig into the box. It was magnificent—the orange and red flames against the swirling snow—our past flickering into the night sky. My brother Steve happened to be out that night, or he would have stopped it. My three sisters—Valerie, Julie, and Cindy—slept soundly behind me. They looked so peaceful with the flashes of light and shadow shimmering across their faces. I caught a reflection of myself in their bedroom mirror. I looked like a spirit. The pictures burned and so did the last remnants of our family, at least the family I desperately wanted.

Watching our pictures burn convinced me that marrying young was a terrible idea for all involved. Crazy families were never born crazy. Young parents were bound to screw up children. And a childhood was too everlasting to screw up. My mom and dad didn’t stand a chance. They married at eighteen; they were kids having kids.

I don’t know. Maybe I shouldn’t judge, or be so harsh about the “no pictures” thing. Uncle Jack claimed my siblings and I were lucky to be alive. He insisted that Mom practically set us on fire during a good poker hand. He swore that many times Mom’s ash hovered centimeters above our chubby thighs, sometimes even burned our diapers, while she cradled us, clicked open jars of Gerber peas, and bet quarters. He swore that he once saw me crying, at the age of two or three, heating my own bottle on the stove because Mom had a good hand. Who’d want a picture of that? When I asked Mom about the stories she said Uncle Jack was “a jackass who needed to mind his own business.”

Even with the proof incinerated, I still hold on to the belief that we weren’t always broken. Sometimes I imagine a photo of my family gathering Easter eggs on our hillside yard, my three sisters, my brother, my beautiful mom smoking her cigarettes, my chiseled dad opening an Iron City beer—all of us frozen in time, living the good, proud, blue- collar life in our beloved alley.

Two of Bob Dzik’s short stories were finalists in the Glimmer Train fiction contest. The manuscript for his memoir The Cigarette Ballet was a finalist at the Writers’ League of Texas Conference contest and at the Woodlands Writers Conference contest.