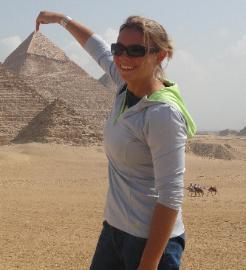 Sandra walks into the bar as I’m crawling on the floor, looking for the tip of my right index finger.

“I don’t fucking believe this,” she shouts from below the burnt-out exit sign. Even over the drone of Steve Miller on the jukebox, I can make out her sharp New York accent, the elongation of fucking, which, under normal circumstances, I’d have found kinky. But losing so much blood so quickly makes even her Angelina Jolie curves fade into the dim, back-alley bar ambiance.

“I’ve been parked in front of this shithole for fifteen minutes waiting for you, Trey. And here you are, Baby Huey, putting on a show for your smarmy bar buddies.” I turn toward her in time to see her gesture to my co-drinkers—Lou, Clive and Tuna—who gape at her like she’s a solar eclipse.

“You mind shutting the hell up and helping me look for my finger?” I skim my good hand over the crusty red felt carpet. I pull myself off the ground, but standing adds a new dimension to the folds of my dizziness; I fall back against the bar, and Clive hoists me up with his elbow.

“Whoa there, Cowboy,” he says, patting my good arm like it’s the ass on a hooker. Once I’m steady, I adjust the makeshift bandage on my hand—Lou’s once-white undershirt—which is now balled into a sopping, plum-like extremity.

Sandra walks toward me. She stops to adjust her black stockings, then her red pumps, then her stockings again. Instead of asking how I’m doing, she looks past me and fixes her eyes on the back wall. She shakes her head disapprovingly.

“Figures,” she says as she walks to the back of the bar. She stares at the blood-soaked mouth of the condom dispenser, which is mounted next to the unisex bathroom with a picture on the door of a man taking a dump while a blonde lady watches.

I set out to follow her, to explain how it happened, but Tuna’s back on the floor, and it looks like he’s onto something.

“Will you look at that?” he says, crouching below the table by the dart board.

“You found it?” I shuffle across the room when I see he’s holding something small and flesh-colored in his hand.

He holds his discovery over his head and examines it in the backdrop of the nearest forty-watt hanging light bulb. As his face erupts in a satisfied grin, I feel a sick wave of relief as I imagine myself relatively whole again.

“A peanut with three nuts,” he says, then throws the entire thing, shell and all, into his mouth.

When we get to the car, Sandra hands me a copy of Marie Claire.

“What the hell is this for?” I throw it onto the floor next to her elephant of a purse.

“I just had the upholstery shampooed.” She gestures with her unlit American Spirit to the bristly seat I’m sitting on. “I don’t want you bleeding everywhere.”

“Oh, well I’m so sorry! Let me just hold my fucking hand out the window so I don’t taint your upholstery.” I punch the February- gray seat with my other fist.

“You’re trashed.” She lights the cigarette, takes a shallow drag, then starts the engine. “I hate when you get sloppy drunk. Like some nineteen-year-old frat guy.”

“I can’t believe we’re fighting about this now.” I point my bloody hand stump at her. “Accidents happen, y’know.”

Sandra throws the nearly untouched cigarette out the window. “Yes, I know.” She scowls at me as she turns onto the highway.

My eyes ping pong between the speedometer, which is stuck at 27, and my throbbing fabric ball appendage, which is stuck to the glossy magazine cover Sandra picked up and shoved back onto my lap. “Can’t you at least go the speed limit, for Chrissakes?” I beg.

Instead of angry, Sandra now looks tragically sad—broken almost. “You’re never going to grow up, are you?” She slams her foot on the gas, and I jerk back against the seat.

I twitch in silent sickness until the Saab pulls into the emergency loop at the hospital. The left half of my hand is completely numb, and the only sensation I notice is the tickle of the slow stream of blood as it charts its course into the creases of my fist.

It’s surprisingly calm for a Friday. Sandra pulls up to the curb and puts the car in park. She looks at me, then reaches below my leg into her purse. She pulls out a new pack of cigarettes, opens it, and lights one. I move to get out, but the car doors are locked from the inside.

“I’m keeping it, Trey,” she says. Instead of looking at me, Sandra holds the amber end of the cigarette in front of her face, her stare focused on the slender stem of smoke.

“Oh Christ. Can’t we please have this conversation another time?”

She throws the lit cigarette out the car window, onto a bank of dead snow. “Get out,” she says, eyes piercing the windshield.

When I don’t move, Sandra unlocks the car doors.

I try to lasso her gaze, but her face is planted straight ahead. “Okay,” I finally say. I tuck my bad arm in, then turn and open the door with my left hand.

“Okay?” she asks as I hoist myself out.

“Okay.” I slam the car door and walk into the blanket of white light.

Corey Ginsberg’s work has most recently appeared in, or is forthcoming at, The Cream City Review, The Los Angeles Review, Compass Rose, Subtropics, Gargoyle, Pank, Memoir (and), Front Porch and The Writer, among others. Corey studied creative writing at Carnegie Mellon University and Florida International University. She currently lives in Miami and works as a freelance writer.