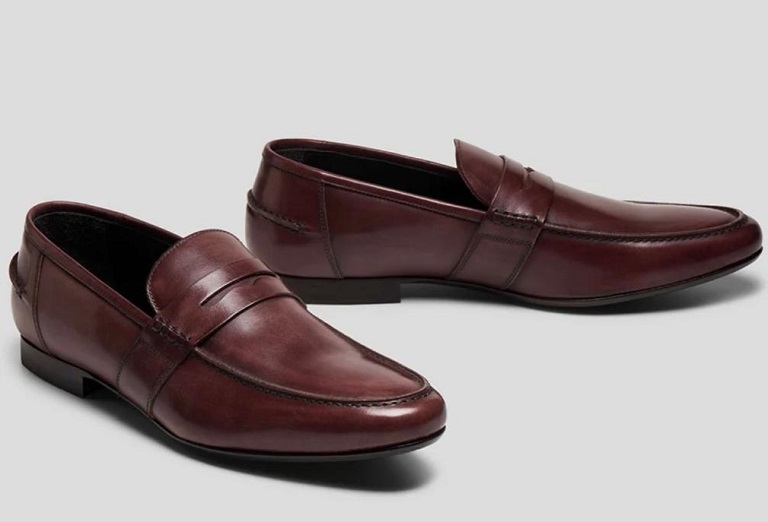 I run into Dominic on the stairs. He’s clutching a large shopping bag and breathing hard after walking up five flights, his white mask dangling off his chin.

“Watcha got there, Dom?” I ask, nodding at the bag.

“Shoes!” he says, still catching his breath. “Got a fantastic deal!” He pulls a shoebox from the bag and lifts the lid. “Look at these beauties.”

In the box is a pair of dark burgundy loafers.

“Feel the leather,” says Dominic, taking out a shoe.

I run my thumb over the supple leather. “Soft.”

“That’s right,” he says. “Davinci. They used to have a store on 8th Street, back when 8th Street was the place to buy shoes.”

Dominic and his wife, Mrs. Danzo—I don’t know her first name; she’s always been “Mrs. Danzo”—are the last remaining Italians in the building. They can remember when the whole neighborhood was Italian, back before Chinatown jumped Canal Street and turned Little Italy into Tiny Italy. “Today,” says Dominic, jabbing me in the chest with the shoe, “I don’t think there’s a single shoe store on that street. But that’s New York. The city I knew is gone. And someday soon I’ll be gone. How old do you think I am?”

“You look great,” I say. And he does look great—a short, barrel of a man with a spray of white hair topping a round, remarkably wrinkle-free face.

“I look good,” Dominique agrees, “but inside,” he grimaces in disgust, “it’s all rotten.”

I sense a soliloquy coming on, so I edge toward the stairs to escape. “They’re beautiful shoes, Dom. Wear them in good health.” Before I can take another step, Dominic grabs my arm.

“Know what these shoes run, retail?” he asks.

“Hey,” he shrugs. “I see Davinci loafers for that price, I don’t ask questions. In fact, I bought two pairs. Now, shoe-wise, I’m set for life.”

“For twenty bucks I could go for a pair of shoes. Where’d you get them?” “In the park, between the chess players and that Indian food cart.”

I start down the stairs and Dominic calls after me. “What size are you?”

When I get to the park, not surprisingly, the shoe guy is nowhere to be seen.

Purveyors of stolen goods tend not to linger in one place for very long. I decide to take the sting out of my disappointment with a samosa from the park’s Dosa Man.

“Did you see anyone selling shoes?” I ask as he serves my samosa.

He pulls a shoebox from a shelf in his cart and removes the lid. “Twenty bucks,” he says, through his mask, stroking a loafer like he’s petting a cat. “You just missed him.”

“How did you know?” He hands me a small cup of steaming lentil soup. “On the house.”

Days pass. Weeks pass. I spend my time on hold with bureaucrats trying to determine the status of my unemployment application. I parry emails from my landlord about unpaid rent. I play phone tag with my agent about nonexistent auditions. The knock on the door startles me.

“Just a minute, Mrs. D.” It’s three in the afternoon and I’m still in my bathrobe. I gather the robe around me, don a mask, and open the door.

“I won’t keep you,” she says. “I suppose you heard about Dominic.”

“Thank you,” she says. She’s wearing a black shawl and her black mask is slightly askew. I want to hug her, but she looks so frail I’m afraid I’ll break something. Then, of course, there’s the social distancing. And I remember that I’m only wearing a bathrobe, which seems like the icing on the inappropriate cake, so I just say, again, “I’m so sorry.”

Mrs. Danzo nods. “Dominic wanted you to have this,” she says, and hands me a shoebox. “He said you’re the same size.”

Mrs. Danzo sighs and her whole body seems to rattle. “Ciao,” she says, and starts to ease herself down the stairs.

Back on the couch, I take out a loafer and rest it in my lap. Dominic, I think, gone. I recall our meeting outside his apartment and how his mask hung off his chin. I think about Mrs. Danzo’s lopsided mask. In the bathroom I examine my tongue. It’s pink and healthy-looking. My temperature is normal. I get dressed and put on my new shoes. I’m going to walk to the drug store and pick up a Covid test. Just to be sure. 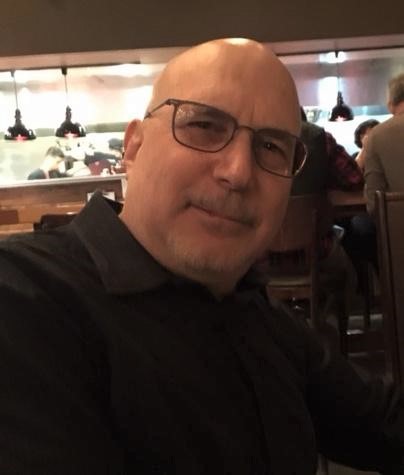 A former newspaper reporter, Michael Golder has written for the theater, film, and television. He is a recipient of the ABC-TV Theater Award, the Helen Hayes/Charles MacArthur Award for Comedy, and a Massachusetts Artists Foundation grant in playwriting. His story “Death by Almond Butter” appeared in the September issue of Gemini Magazine. He lives in New York City.