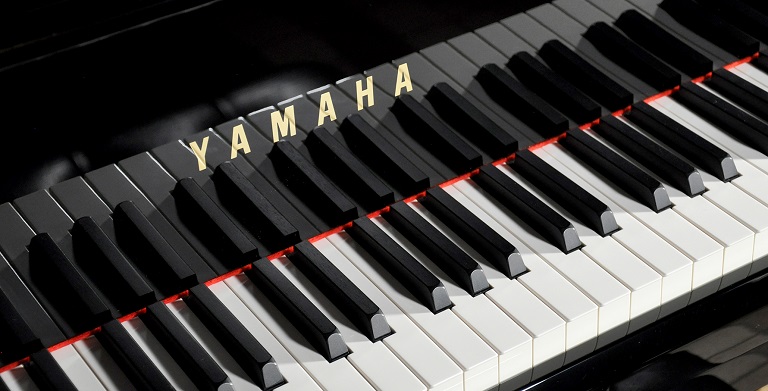 As Earth slips between sun and moon the night of a lunar eclipse, a woman’s cry heralds the birth of an unusual baby in the Spanish town of Alimondea. A modest couple, she a mathematician and he an expert in extinct languages, the parents are astonished when the doctor presents the infant. Patreethia, the name they chose, is born with extra fingers, one per hand.

In youth, children torment the girl. Doctors recommend removing the offending digits. “No,” Patreethia insists. “I am happy as born.” Her parents always busy, Patreethia seeks out her own interests and amusements. Upon hearing a travelling string quartet in the city park, she decides she loves music and is drawn to the piano, which she teaches herself. After all, no piano pedagogue has ever taught such a student as she so she is fated to be her own teacher, reading books to that purpose. She practices religiously, spends hours listening to the masters, and even begins composing, simple pieces at first, more complex as her skills develop. Her talent becomes impressive.

In her eighteenth year, Patreethia’s fingers happen upon an intricate chord never before played for the obvious reason. Remarkably, all who hear it are overcome with a profound sense of serenity and overpowering bliss. “It’s a life changing experience,” people insist. “I’ve never felt such joy,” others remark. “I am now a better human being,” many swear. “The girl has discovered the lost chord!” musical experts declare.

As more learn of the musical phenomenon, they begin gathering outside the rustic wood fence surrounding the family’s simple home, hoping to catch strains of her practices. Brash souls open the gate to the yard for a closer listening. Lines begin forming, people travel from afar. The little fence is broken down, and what had originally been a trickle becomes a human flood. Life for the girl’s family turns difficult. Local businesses at first welcome the additional customers, but the little village is soon overwhelmed with curiosity seekers that it simply cannot handle. Something has to be done.

Realizing the situation is impossible, Patreethia’s parents allow her to begin touring. People pay handsome prices to attend performances that all sell out. Her encore is an original piece that concludes with the famous chord that seems to hang forever in the air, resonating like “Ten Thousand Rung Bells,” the name of the composition. Spellbound audiences remain motionless in their seats, enraptured by the emotion-provoking wondrous sound of Patreethia’s Chord, as it comes to be known.

There is one problem. Even for Patreethia with ten fingers and two thumbs, the chord is exceedingly difficult to execute. Whenever she strikes the keys to play the chord, it causes such pain tears fall from her eyes. People assume them to be tears of joy, but they are not. She consults a neurosurgeon who studies X-rays of her hands and says there is nothing to be done. It is just the way her bones, joints, ligaments and nerves have been fashioned. If she insists on playing the chord, she’ll have to endure the pain. For the joy it brings, she sacrifices and keeps the chord as her finale.

Recording company representatives line up to offer tremendous contracts enticing Patreethia to sign with them, hoping to capture her harmonic magic via electronic reproduction. She turns them down. Very fine pianists do their best to imitate the unique chord. Sometimes two sit side-by-side, fingers to the same keys they guess Patreethia plays. Devious musicians pay confederates to hide above the stage where they record her performances, learning the exact fingering of the individual notes of the chord. Several pay engineers significant sums to design intricate mechanical prosthetic appendages capable of performing the magical musical creation. Such artifices fail as catastrophically as anything can fail. Even when two pianists play the exact keys, none are successful in evoking the emotionally charged revelation conjured at the hands of the Spanish girl.

Patreethia’s reputation inevitably reaches the world’s greatest pianist, a diminutive man with a terrible temper who becomes more jealous of her than any of the other envious pianists who indeed are legion, and for good reason. “That freak is playing to larger crowds than I’ve ever drawn,” he rails to any who will listen. Things get so bad his partner leaves him, his agent tears up their contract, and the musicians’ union asks him to resign and return his lifetime achievement award which he does, in two pieces. The jealousy gnaws until he becomes mentally unstable and develops ulcers. He starts a petition demanding only ten-digit pianists be allowed to play, and badgers many of his fellow professional pianists to sign the document.

His fury at peak, he sneaks into a concert hall where the girl is rehearsing for an evening performance, his intention to present her with the petition to shame her into ending her musical career. He brings along a reporter and photographer to witness and document the humiliation.

Slowly from the wings he creeps toward the musical prodigy, preparing to carry out his scheme. As he approaches, his anger reaches a raging crescendo because she is, he realizes, a better musician than he. Unhinged, he abandons his original plan. Rather, as she plays, he will slam down the keyboard cover onto her hands, ending her career.

He is an arm’s length away when he hears it, not the chord, but Patreethia’s soft sobbing in anticipation of the suffering the playing of the chord always causes. Bewildered by her emotions, he hesitates. She pauses, fingers twisting and turning in preparation to conjure the mysterious notes. An eternal second later, fingers strike keys as the fellow realizes the folly of his plan and the absurdity of his hatred. He falls to his knees and weeps, and weeps, and weeps. Finally, he hears Patreethia’s Chord.