WHEN THE BEES COME BACK 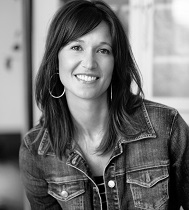 Rayna used the last of the duct tape to seal up the kitchen window. She’d have to settle for packing tape on the front door. That is, if the handyman ever left—how long could it take to seal air vents? She wiped sweat from her upper lip.

He entered the kitchen. He wasn’t a large man, yet he managed to fill the doorway.

“Welp. That’s the last of ‘em. Fingers crossed, those little buggers won’t be bothering you. At least not from the ducts.”

“How ‘bout a beer, instead, and drink to life while we still got it?” He let out a laugh. She forced a laugh too, out of kindness, but rolled her eyes when she opened the refrigerator door between them. Why couldn’t he just go?

“I have Corona or an amber—which do you prefer?” She smiled behind the door even though he couldn’t see it. She thought of her mother. Let me hear the smile in your voice, she used to say.

She stood up with the Coronas and gave each one a crack against the kitchen counter.

“Sorry I don’t have any limes.”

“To all the buzz about the end of the world,” he said and laughed so hard she thought one of the windows might have rattled some. They clinked bottles.

“You have anyone to come sit with you when they pass through?” he asked.

“Haven’t heard from any of them yet. . .” She took a swig and blinked hard. “…but you know, one day at time. Just want to get through the next twenty-four hours and then I’ll drive up there and deal with it.”

They both stared at the linoleum and sipped their beers to fill the silence.

“What about you?” she asked.

“Aw, yeah. Well uh…I’ll probably go to my mom’s house. I’ve got it all situated and sealed up. Haven’t touched my place yet—”

Despite her hint, he didn’t budge. “Have you thought about trying to outrun them?” he asked. “You’ve got the legs for it.”

She smiled again, only this time without her eyes. She shifted her weight and hid one leg behind the other, feeling close to naked, now, in her thin running shorts.

“I did actually…” His eyes were steady on her so she kept hers down as if the linoleum were the most fascinating thing in the world. “…but, you know, the reports of people getting caught in their cars…just awful. So awful. I suppose it’s better to stay and listen to the reports, you know? At least that way you won’t be taken by surprise out on the road. God, what a way to go.”

“It sure is creepy once the houses are all sealed up like this, isn’t it?” he said. “How everything is so muffled all of a sudden?”

“You know, like, how after a snow the world outside gets all quiet? Like nature realizes how beautiful it is or something and just kind of stops talking.”

“Well, you know what I mean. It’s like it knows sound would ruin it.”

“Never been to the snow before. Don’t see the need for it,” he said. “But I know what you mean. It’s like, right now, I know there are people out there, but are there really? I mean, I don’t hear any cars going by, do you? Nobody walking their dogs right now. Not even any planes overhead. Everyone’s got themselves all locked up, sealed up tight in their little boxes. Nobody in. Nobody out. Would we even hear the neighbors scream if it all started going down right now? Would they hear us? We could be the only two people alive right now for all the silence.”

Rayna looked at the radio at the other end of the counter. She needed to hear someone else’s voice. Someone alive, someone telling her the truth.

She stepped toward the radio but he moved in front of her and placed a hand on her arm. His fingers wrapped all the way around her bicep. His neck hadn’t been shaved. He smelled of gasoline and something metallic. Something greasy. His grip tightened.

A ringing in her ears. Or maybe a buzz. This was how the world would end, not with the sound of a trillion wings pulsing through her brain, but by the storm standing over her.

She watched his Adam’s apple bob with his last gulps of beer. He set the bottle on the counter and lowered his face to hers.

“Don’t forget to seal that front door real good when I go.”

Ashley would like you to know that she is not afraid of bees. She sees them as allies, and she wishes them well—despite the way it may seem from her story. As for its genesis: while on a run one day, she ran straight into the heart of a beehive moving its queen in what was essentially a terrifying bee-tornado. She later had the thought, what if all the disappearing bees reappeared at once? Ashley recently earned her MFA in Creative Writing at Pacific University and has work set to appear in forthcoming issues of Michigan Quarterly Review and Weber—The Contemporary West. She lives in San Diego with her husband and two shaggy mutts.