THE STRANGERS OF DUBAI 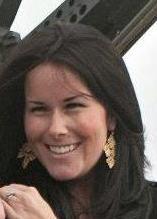 The war seemed so far away from the hot, dusty room inside the gold market. Outside, in the street, clusters of robed women huddled like pigeons, and you couldn’t tell who was Western and who was Eastern beneath the fabric, and who was slim or rich or beautiful or only wishing for it. The shopkeepers stood at attention in the doorways, like butlers, and tried to find the faces of the Indian brides, whose mothers cooed over wedding sets studded with emeralds.

My husband was happiest that weekend floating in the hotel pool, watched by waiters who hovered with cold towels and glided back and forth to a bar stocked with date juice. It was nothing like the ship, the too-narrow staterooms and the toilets that wouldn’t flush, the jets pounding the decks and the way you sometimes in the red-lit darkness couldn’t tell whether it was day or night or how far away the war was. But in the hotel there were marble baths and blue carpets and the hall lights and air conditioning stayed on all night.

In the market we quickly discovered that gold was expensive wherever we went, and we wandered into a side-street shop to buy cheaper souvenirs instead. Two shopkeepers, dressed in white, stood side by side with their hands clasped behind their backs. I pointed to a wall of silk pashminas. “How much?”

One of the men stepped forward. He was younger than the other but I guessed that the older one did not know English. “Three hundred dirham,” he said. Thirty dollars.

My husband shook his head and laughed a little. “One hundred,” he countered.

The younger one looked at the older man and said something I couldn’t understand. The older man nodded almost imperceptibly, and I saw my husband wince. He reached out and put his arm firmly around my waist.

The older man shuffled into the back while the younger watched us, amused. “You are American?” he asked.

We were stationed in Virginia at the time and living in a white stucco townhouse by the beach. But my husband, holding me by the waist, smiled as if he didn’t understand.

The man smiled back at us, a tight-lipped smile, as if we were all playing the same game. He was young, no more than twenty-five. “I am Afghan,” he said, still smiling, and I understood that my husband had already known this, that he had recognized in the men’s speech words he had heard before. But before any of us could speak again the pashminas were brought in. They were wrapped in cellophane, and inside, the fabrics were as delicate as stockings and brightly colored, like birds.

My husband took out his credit card.

“We take you to cash machine.”

My husband hesitated. He had spent weeks on the ground with men just like these, who smiled at him but shot rockets over the wall of the compound at night. And none of us knew now in this neutral desert whether we were friends or enemies or what the others had or had not done.

The men pushed the pashminas into a plastic bag and led us out of the shop and down the street into a private courtyard, where groups of more white-smocked men stood around smoking.

The younger shopkeeper gestured to an ATM pushed against the wall of a shuttered bank. “Here is cash,” he said, then stuck out his chin when my husband didn’t move. “You get cash,” he said again, forcefully this time. He edged us both forward and I could smell the dry sootiness of his breath on my neck. My husband opened his wallet and the other shopkeeper pushed forward as well, so that all four of us were pressed together in front of the machine. I couldn’t bring myself to breathe and I wished I had not made us leave the hotel.

But when I followed my husband’s gaze, I saw that our shopkeepers were not looking at us. They were watching the smoking men, who were eyeing us eagerly. It only then occurred to me that our shopkeepers had formed a wall behind us so that these men could not accost us.

When the cash slid out of the machine, the older man put out his hand. He took the money and put it in his pocket and held out his hand again. When my husband put out his hand as well, I understood that it was not more money that was being asked for.

They grasped each other’s palms.

“This good buy,” the younger man translated, gesturing toward the pashminas.

Victoria Kelly received an MFA from the Iowa Writers’ Workshop. Her stories have been published in Colorado Review, Fiction, Alaska Quarterly Review and The Idaho Review, among others. She lives in Virginia Beach.