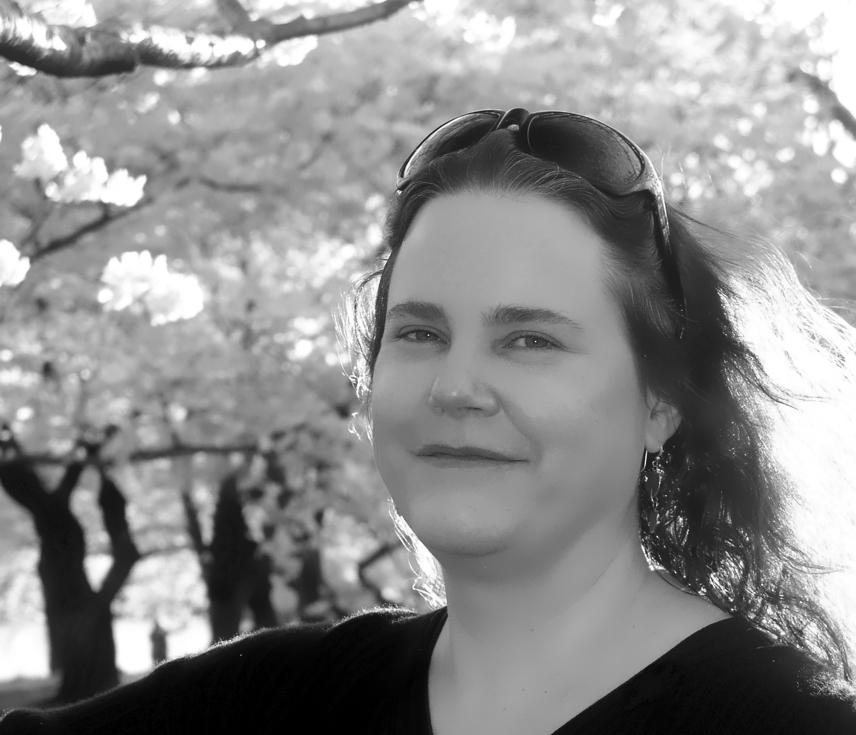 Carl York succumbed first, with a trickle of blood from his ears. It was always the same. First came the noise no one else could hear. Then the crushing pressure inside their head. Then death, each succumbing faster than the previous victim. The station sub-commander did the best he could with his army medical training, but the nearest doctor was ninety million kilometers on Earth.

As the station’s chief engineer, Janette Karns double-checked the equipment, but nothing accounted for the noises. The only pattern was that the sounds began after a stint outside the station conducting soil samples. But the samples checked out clear, and the contamination alarms never sounded.

Weeks of tests and urgent radio calls to Earth proved fruitless. And then they were down to two, Cecil Halligan and Janette. She found him hunched over plastic tubes, and for a moment, she thought he was dead. But he raised up, the dark circles under his eyes like the Martian craters.

Cecil waved his hand over the tubes. “Until we run out of nutrient powder.”

Janette stared at the vials, reliving in her mind the day Bill Hess dumped a three-year supply of powder onto the Martian soil after he went mad.

“And the archea microbes from the caves? Any luck drying them out? Might be enough to keep us going until a rescue ship.”

“I need another month or two to get the process right.”

She put a hand on his shoulder. “We’ll ration what we have. By the time it runs out, you’ll have perfected the archea powder.”

She wanted to tell him to take a breather, more than their two-hour naps. But they didn’t have that luxury. Janette left Cecil to his task and went through the motions of her equipment checks. They might die of starvation, but by God, they weren’t going to die from depressurization.

Seated at her small station, she sorted through her notes. There had to be a pattern for the disease or whatever it was. She looked at a photo above her station and reached out to touch the smiling face of the man. Her husband was the third victim, and now his body lay outside the station with the others.

Wiping away tears, she jumped up from her seat and headed back toward Cecil. She didn’t want to be alone. “Cecil? What about the microbes we found in the salt rocks? Could we dry them? Cecil?”

She rushed into the lab—but no signs. Maybe he’d given in to the call of sleep and gone to his quarters? She checked there, but no joy.

With a sense of dread, she looked out the window toward the red landscape she once found so beautiful. Fifty meters out, a figure in a spacesuit gyrated wildly, his gloved hands pounding on his helmet.

Images of her husband, her family, her station colleagues—a montage of ghosts called out to her. She could survive a few weeks longer. It might be quick, it might take a while, but either way, she’d die alone.

Making up her mind, Janette raced to the suitport and maneuvered into the remaining spacesuit. By the time she got to Cecil, he’d slumped down against a rock. She peered into his helmet and saw the crimson streaks streaming down his face.

He looked up at her, his face contorted in agony. He screamed out through his comm, “They won’t stop! Make them stop!”

Janette bent over to hold Cecil in her arms as much as she could in their bulky suits. She considered dragging him back to the station, but it wouldn’t make any difference.

She glanced over the barren surface of the planet, imagining she heard a faint sound. Then it grew louder. She squeezed her eyes shut, knowing what was coming, determined to fight until the last.

As she looked down at Cecil’s body, the urge to fight faded. She lowered the barriers in her mind to the noise. She welcomed it. Willed it to take her soon.

The noise grew louder, and she noticed a change. It branched out into a multi-layered spectrum of sounds, more like music. It wasn’t painful at all, more a symphony of the joy of living swirling around her.

As she listened with wonder, she heard individual voices, followed by a chorus, and then she knew. Mars wasn’t a barren planet, after all. And with a great rush of the sounds of rebirth, it was waking up.

B.V. Lawson’s stories have appeared in dozens of magazines and anthologies. She is a four-time Derringer Award finalist and 2012 winner, as well as contributor to the Anthony Award-winning Blood on the Bayou anthology. Her Scott Drayco crime series was named Best Mystery in the Next Generation Indie Book Awards, chosen as a Featured Library Journal Self-E pick, and was a finalist for the Shamus, Silver Falchion, Daphne, and Kindle Book Awards. B.V. lives in Virginia with her husband and enjoys flying above the Chesapeake Bay in a little Cessna. Visit her website at bvlawson.com.