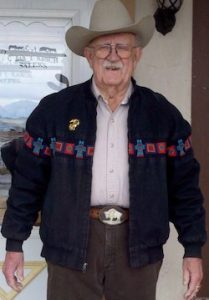 The large man on the surgery table had been shot five times in the abdomen at close range by a small caliber pistol wielded by his lover. He had been brought to the Los Angeles County General Hospital ER where he was quickly examined, then sent as a “Red Blanket” to the surgery suites on the ninth floor. As he was being anesthetized by the gas- passer at the head of the table, the third-year surgical resident made a rapid examination to determine the man’s status: Stable? Bleeding heavily? Site and extent of the injury? What x- rays were needed that could be done quickly while the man was being stabilized? There were several grades of urgency in transferring a patient from the ER to the Medical or Surgical suites, from 1 to 5. Red Blanket was the ultimate grade of urgency above 5 and the ER staff placed a red blanket on the patient to indicate that he had earliest transport on any elevator. The elevator operators, seeing a patient with a red blanket, would empty the elevator quickly so that the patient could be taken non-stop to the appropriate floor for care. After several years the red blanket morphed into a small red piece of cloth about the size of a bandanna, but it was still called a Red Blanket Emergency.

After making an incision in the midline just below the rib cage, the third-year surgical resident could not get at the many bullet- shredded blood vessels at the hilum of the liver to repair them and stop the terrible bleeding, so he called the attending surgeon for advice. The resident then ordered me, the intern, to hold a large towel against the bleeding sites in the liver. Where I had to put the towel was in the dark way up under the edge of the rib cage. The resident had called the attending surgeon at 0300 hours and at 0330 hours he arrived in the surgical suite from his home in Pasadena. After being informed of the problem by the third-year surgical resident, and then examining the patient, he had no solution! He had obviously never faced such a situation in training or in his present surgical practice.

Fifth-year surgical residents at this large teaching hospital were also called vascular residents and were held in awe by all us lowly students. They were the brightest of the bright and had been in competition with other residents for almost five years. By the time of their fifth year these men had seen almost everything that mortal man suffers and had fixed unspeakable problems.

Without hesitation, and without more than two words to the third-year man, the fifth-year man took a scalpel, and starting at the middle of the pectoralis muscle on the right, cut down through the skin and muscle to the ribs. Then he took large bone shears and quickly cut through the ribs on the right anterior part of the chest, cut through the diaphragm with a scalpel, folded the ribs out of the way and delivered the bleeding liver out of the darkness and inaccessibility of the body cavity where the gunshot blood vessels pumped their Stygian rivers of doom. He then very rapidly began to sew the numerous gunshot wounds in the vessels shut, restoring blood supply to the liver, while the third-year surgical resident and I held the liver up where he could get at the blood vessels. The life-threatening bleeding stopped. Without another word to anyone, including the discomfited attending surgeon, the fifth-year man backed away from the patient, stripped off his surgical gloves and exited the surgical suite, leaving the third-year resident to close the wound.

As a lowly intern, I was greatly impressed. There was no doubt in my mind that a significant teaching experience had developed right before our eyes without blarney. No one in that room that night, confronted with a similar situation in the future, would have any difficulty solving the problem.

Cal Lewis practiced family medicine for 40 years in Monterey, California, and Nevada. He owns a cattle ranch in Nevada and is retired from medicine. “Red Blanket” is excerpted from his memoir, The Healers.