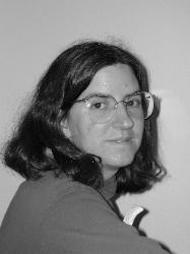 The bag is tucked under a seat, at the far end of an empty waiting area. I wouldn’t even have seen it as I wandered down the airport concourse, but the wheel came loose on my travel bag and I had to kneel down and jam it back on.

It’s two a.m., only a few people still around. There’s a retired couple in matching running suits, arguing about which rental car agency to use, and a blond man who comes out of the men’s room and then loiters by the courtesy phone, as if expecting a call. I move closer to the bag and take a look. It’s square and black, like many other pieces of luggage you’d see at an airport. There’s something deliberate about the way it’s positioned, out of sight of anyone passing by. On cue, the disembodied voice on the intercom repeats the same warning we hear every ten minutes: Please report any suspicious packages….

It’s probably nothing. Someone forgot their bag, or they’ll come back for it. It’s not ticking or anything. (Do bombs really tick?)

Feeling a little foolish, I go to the courtesy phone. I’ll let security worry about it. The blond man stays uncomfortably close. I turn away from him as a nasal voice comes on the phone. “Operator, how may I direct your call?”

The running-suit couple walks by. The wife stops arguing mid-sen- tence, gives me a poisonous look and inches closer to her husband.

What was I thinking? I can see the headline now: “Arab Man Found Near Bomb.” My parents would die of shame, especially since no Persian likes to be called Arab. Remember that security guard who found the bomb at the Olympics, and got railroaded as the number one suspect? That was a nice light- skinned Middle American guy, and before 9/11.

Maybe I was imagining the look that woman gave me. And how would anyone even know it was me that called? This is ridiculous. I’m as afraid of terrorists as anybody else. Terrorists probably hate American- ized Muslims like me; I drink bourbon and shorten my name to Mo. There was a month or so after 9/11 when the news blared endlessly about anthrax, and I was scared to open the mail, just like my neighbors.

More so, because any bigot could have sent me anthrax and blamed it on bin Laden. My whole family shook when a man was shot in Phoenix for wearing a turban. Strangers on the street have called me jihadi boy, camel jockey, terrorist-lover. Told me to go back to where I came from (which is Philadelphia). After the war started, it changed to “Go back to Iraq!” And I wasn’t imagining the look from that woman.

The blond man is still here. Why is he hanging out by the phone? Nobody’s going to call him on a courtesy phone. He seems to be staring over toward where the bag is, even though it’s not visible from here. Maybe he knows it’s there. He could be a terrorist, an Aryan Nations type like the one who actually did bomb the Olympics. Maybe the bomb’s set to go off later when the place is crowded.

Someone will find it by then. Someone besides me.

But what if they don’t? I get outraged when people lump all Muslims together as terrorists, yet here I am doing nothing when the result could be people dying. Maybe lots of people. There’s another courtesy phone down the hall, away from him.

I can’t make myself move.

Everyone I know has a story—a friend’s cousin or a cousin’s friend. This one came back from a vacation in Canada, got arrested at the border and no one’s heard from him in months. That one had an argu- ment with his neighbor, and the FBI showed up at his door. My ex-girl- friend thinks her uncle is in Guanta- namo. No one will confirm it, or tell her what he’s been accused of.

I revise the headline: “Arab Man Found Near Bomb Has Connection to Terrorists.” The uncle of a girlfriend who broke up with me eight months ago.

I can’t just leave the bag there. Someone could die. Lots of people could die, and it would be my fault.

What would the Prophet do? What would any decent person do?

I’m a citizen of this country. I was born here. They can’t do anything to me.

Of course they can.

Open a newspaper, turn on the TV, someone’s always calling for Muslims to be locked up. We’re all terrorists until proven innocent— and you can’t be proven innocent; they don’t even have to give you a trial. They can hold you underwater until you think you’re going to drown, beat you, send dogs to attack you. They can make you confess to crimes you never heard of. Hell, a U.S. congressman said that America should blow up the holy city of Mecca. Do you think he knows what country Mecca is in, or cares?

The bag is just out of sight. A bomb. Or maybe not.

A very pregnant woman comes out of the restroom and gives me a quizzical look. I must look like I’m lurking here. I start walking purposefully—toward her, past the blond man, past the next phone, my eyes on the baggage claim sign at the end of the corridor. Some- how my feet have decided for me.

The woman goes up to the blond man. “Took you long enough,” he says.

“Sorry. That airline food did a number on my stomach.”

“You just left it there?”

“I wasn’t going to cram it into a restroom stall with me. It’s OK, who’s gonna see it?”

I glance back, careful not to stare in an unseemly way. The woman pulls the bag out and double-checks the tag. Nothing is blown to bits, except perhaps the person I thought I was.

Laura Loomis is a social worker in the San Francisco area. Her fiction has appeared most recently in Many Mountains Moving, On the Premises, and Dia de los Muertos.