COUNTING TO ONE HUNDRED 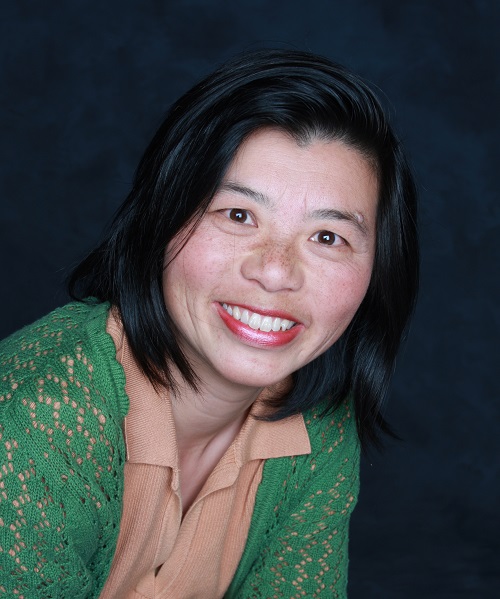 When it’s slow in the shop Mai puts her skinny fingers on the cash box and chips away at her nail polish. It takes her mind off the heat, which seeps through the walls like thick syrup. Her spaghetti straps keep falling down and even the thin cords of nylon feel like coconut strings swimming in a gooey liquid.

She doesn’t like most of the customers that come in. She notices their teeth first. The white people have really white teeth and when they lean in close she can smell the kind of meat they had earlier. They eat a lot of pork and chicken, delicacies that Mai has tasted only a few times a year back home. Once she even had duck, and the skin had prickly hairs like the men who did not bother to shave.

The Korean customers have terrible teeth, and they are lousy tippers. Through the gauze on the window she often sees them strolling down the lane, past the livestock cages and the vegetable stands. At the entrance to the building they dust off their pant cuffs. And when she hears their footfalls on the creaky stairs her breath catches in her throat. She counts to thirteen; that’s how many steps it takes them to reach the second level. And then she starts over again when they ascend the second flight of stairs. She recites a rhyme she learned from her friend Linh back in her old village:

Mai stops picking her nails for a moment. She hears the heavy thud of a man’s soles on the bottom steps. She counts to thirteen, and then thirteen again. She recites the little ditty. And when she looks up a man is leaning on the counter, his sweaty palms outstretched toward her. She sees that his short-cropped hair is the color of sand, and it stands up straighter than some of his teeth.

He looks past her; the creases around his eyes pinch like dumpling skins as he glances at each of the women lined against the wall. They have mastered the art of looking coy and standoffish at the same time, especially the tall, thin girl who is not much older than Mai. She has heard their gossip, and knows there is little pleasure in what they do for men.

Her heart thumps. Off with rabbit’s head now wolf turns ‘round. Mai can’t help wincing when the man’s finger brushes against her spaghetti strap. “For boom boom, or yum yum?” she says, remembering to raise her voice, which is high and thin.

The man stares at her, then laughs. A gecko darts across the wall but his eyes quickly shift back to her face. “How much for boom boom?”

“Six hundred bhat.” Mai doesn’t look at him, but she pinches a half-polished fingernail between her thumb and third finger.

“And yum yum?” He puffs up his cheeks, and she looks up to see him blowing into his hands, as if they were cold.

“Four hundred bhat.” She hears giggles from the women behind her. They are not often amused, but he is a funny sight, his corn kernel teeth too small for his boxy jaw, the gleaming, lusty eyes darting this way and that as he makes a fool of himself.

“Aw, you’re a smart girl. How about a discount for both?”

“No,” she says. “Same price.” She’s ready for him to slap her, the way Madame did the last time someone talked down their prices. Off with rabbit’s head now wolf turns ‘round. She’s stuck on the same line, and she can see the wolf’s fangs, sharp and crimson.

He has not taken his eyes off her. “Here. Have some guava juice. Looks like they don’t feed you enough around here.”

She is supposed to say no, but she takes the cup in her hand and gulps down the cold, sweet liquid.

“Tell you what,” the man says, pointing to one of the girls. “I’ll take her, just boom boom, and later you can come with me. To eat noodles. Put a little fat on you.”

Mai ventures to look at his eyes, and sees the silver flecks in the irises dart like tiny lizards as he speaks. She does not understand everything he has said, but she knows that he has made her a proposition. “Under no circumstances are you to leave with a man,” Madame said. As if she were watching out for her like a mother. But her own mother has not watched out for her. Her mother may be the real wolf, and then Mai won’t have to run away from this man.

The man smoothes back his sand-colored hair as he follows the chosen girl into one of the rooms. Now she bides her time. She begins counting again, and even though she must start over when she reaches one hundred, Mai knows there will come a time, soon enough, when she can stop.

Li Miao Lovett is the author of the debut novel, In the Lap of the Gods, portraying the lives of people displaced by China’s Three Gorges Dam. Her literary work has been published in Narrative Magazine, Earth Island Journal, Words Without Borders, and several anthologies including The Chalk Circle. She has also written about environmental and cultural issues for the San Francisco Chronicle and KQED public radio. In both fiction and nonfiction, Li’s work has won awards or finalist standing from Glimmer Train, Writer’s Digest, National League of American Pen Women, A Room of Her Own Foundation, and the James Jones First Novel Fellowship.