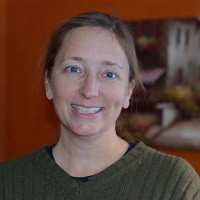 I know what she is doing.

I see her muscles growing. She is strengthening herself. She will need stronger muscles in our right arm if she is to do it properly, do it quickly.

But my side has always been stronger. If Onya leaned properly, I could make us run. She could not do this. She resented this, and so she said it hurt to lean.

“I should think you would be pleased to have us killed,” I mumbled.

It was my face she slapped. It was my arm she pinched until it blued and I cried.

First Mother took Onya’s side, in all ways. First Mother took her hand when we walked, never mine, never walked my side. I was kept street-side. She wanted me to be trampled. She wished for it. She wanted the laughs and the pointing and the looks to fall upon me first. Keep Onya between us, protect her.

We would not have been sold to the tall bloated man with the belly, mustache and chain-watch, the man who made First Mother take our clothes from us. Made us stand while he regarded us.

Onya would not look at him, but I locked onto his ugly purple nose, his angry wrinkles, his mustache with fat and wax smeared through. I did glare at him until he broke gaze, looked away. He did not ask to see us that way again.

He made First Mother bring us to him at the edge of the town. She cried and hugged us both, but kissed only Onya.

The angry man said, “When I speak to you, you will call me ‘Sir’ or ‘Mr. Brighton.'” We were not to speak to him unless he told us to do so. He told us this, and no more.

He put a blanket over us and made us ride in a carriage with no windows. In an hour, I heard voices, some shouting impatience, some excited. We heard swears and spitting. We heard the ringing hammers of the circus being taken apart and packed onto the train for the first time in our life.

Mr. Brighton gave us to the Lady Who Wore Flowers in Her Hair. She pulled our blanket from us and smiled the kindest smile. She said we must call her Mother now. And so we did. We were to live in her caravan. When she was not on her tightrope, she fed us, bathed us, told us stories, tickled us, loved us.

She held us both when we cried after the first time Mr. Brighton made us stand before the crowds. We were no strangers to whispers, to pointing. But some men gasped, some women moaned and streamed tears.

One man put his hand over his lady’s eyes, praying loudly for God to destroy us. “Monster,” he said. “Demon.”

A man argued with Mr. Brighton that our clothes should be taken from us. He would not believe we were one unless he could see.

They argued for some time and then Mother was there in the corner. She called to us, and took my hand, pulled us behind red velveted curtains where she took flowers from her hair, put them in ours. Then she kissed us both on the nose. She said we did well and that we would not need to do that again until evening.

For years, Mr. Brighton stood us before crowds three times a day. Six, on weekends. Onya suffered this. But I grew angry, looking every man in the eyes. Most women would not look at my face. Many times Mr. Brighton told Mother she must make me stop doing that. They argued.

My favorite times were between shows. We could lie on the hills surrounding us, if we were lucky enough to have hills that week, and name the cloud shapes to one another. We could play dolls under the tents, trickle soft sawdust through our hands. We could walk freely through tall grasses, among the tents and visit the others who, like us, stood on a stage while the people of the towns squinted their eyes, stared down their noses.

We were not allowed to go see towns. Mr. Brighton chewed his cigar and spat, “Why, then, would they come and pay for what they can see for free?”

Onya did not want to go to towns. When we were fourteen, I tried to make her go to towns with me. By now, we had our own caravan. Mother had married and had two young children of her own. She still smiled wide when she saw us. She had told us we must come see her whenever we liked. Her children held up their arms to us when we came near and called us “sister.”

I held the youngest on my side, whispered in his ear that I would go to towns and bring back candy for them all.

Onya balked and made herself slow and heavy on my side. Still, I pulled her, made her walk. She did not like when I disobeyed Mr. Brighton. But I gave Onya no choice. I had a dollar in my pocket, left from our birthday. Onya had long spent hers. She craved the sweet hot-dipped apples. I would spend mine in town. My heart fluttered, light and happy that morning.

I dragged her past the rise beyond which the train-smoke could no longer be seen. Angry Onya dropped her weight and would not carry, would not move another step. I fought for what control I could of our right leg, but this time Onya was the stronger and would not give. I would not spend my dollar that day.

I was angry but I picked the wildflowers with her on the hill and took them home to Mother.

When we were fifteen, First Mother came to see Mr. Brighton. I pulled Onya back behind a caravan.

First Mother wore a wedding ring now, and her clothes were clean and lovely, ruffled and new. She said she would have us back but Mr. Brighton grew red and waved papers at her and said we would stay. Onya tried to go to her, but I stopped us.

I put my hand over Onya’s mouth to keep her from calling out. She bit me deep, but I held silent. I pulled my hand free and slapped her hard. I made us walk the back tents where we wouldn’t be heard while she cried.

First Mother and Mr. Brighton yelled at one another for many hours. She left before sunset, both of them hoarse with the shouting. Sullen Onya would not eat for three days.

When we were sixteen, kind Jacob who watered and fed the horses began to talk to us after shows. One day he laughed too loudly and puffed himself up, waddling like Mr. Brighton. Onya made a sound that must have been a laugh. Jacob touched Onya’s cheek as he talked to us. He touched Onya’s hair. The man who performed the horses came around the corner as he did this. Mr. Brighton sent for Jacob and we did not see him again after that. Onya cried.

When we were seventeen, Mother took our hands to tell news. Mr. Brighton had sold our contract to another show.

“You will travel the world,” she promised. “You will see Europe. You may see Kings and Emperors!”

I would rather see nothing and stay with Mother, but I was not asked. Onya stood silent. I think she had already begun to plan.

Onya, who would tell me to carry our heavy bags—Onya, who never would help with the tents—Onya began holding things for hours. Picking up heavier and heavier things.

She made excuses when I asked why she lifted repeatedly with our right arm. She said she was bored. She said it was nothing. She was playing, she told me.

It has been seven months now, and determined Onya can carry as much as I.

Three mornings in a row I have awakened to find her staring at me. This morning, she had already picked up the pillow. I know she will try soon and I am unsure whether I have the will to fight her in this. I am a little envious, in fact.

She will know what it is to be alone for the few hours she survives me.

Laura Lovic-Lindsay left Penn State University with a literature degree in hand in 1993, having written no more than a few poems at that point. Since then she has won poetry and fiction contests (PennWriters Poetry Contest, writerstype.com, writersweekly. com, Poetry Nook), and had pieces published both online and in print (Fireside Fiction, Fine Linen Magazine, Serealities.com). Laura lives in a farmhouse beside a river that tells lies.

A bit about the beginnings of “Small Onya”:

I was thinking about relationships where people are bound together by marriage, children, or maybe some other commitment. I wondered what it would be like to be in a union from which you absolutely could not back away. I took that thought to the extreme: “What if some conjoined twins couldn’t get along? How far might that go?” Many turns and steps later, that became “Small Onya.”