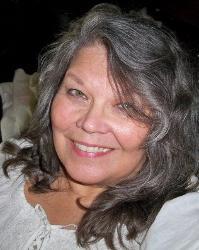 In my office at the university, another day
of grading student papers and catching up
with emails, when I hear the dreadful beat
of a funeral drum: three thunderous raps
like the last heartbeats of some dying giant.
From somewhere, the sound of taps

begins playing and I remember the last time
I heard it—that bright, cold day
in April, in Illinois, as we lay Philip next
to Robert, two plots down from Kent,
each gravestone bearing the name
of a different war. I remember what day it is.

I remember my brothers, the three of them
lying close now in cold sleep as they did
as children on winter nights in a chill house,
back when their address was the same.
As it is now: Second Avenue, Knoxville
Cemetery, as if the dead need an FPO.

Outside my office window I can see the flag
and the crowd, many dressed in black.
Their heads are bowed. I press my face
against the glass and weep. I can hear
the bagpipe begin to sob, “Amazing Grace,”
emptying itself again and again and again.

Christina Lovin is the author of What We Burned for Warmth, and Little Fires. Her writing is widely published in literary journals and anthologies. She won the 2007 Emerging Poet Award from the Southern Women Writers’ Conference and served as the inaugural writer-in-residence at Connemara, the North Carolina estate of the late poet, Carl Sandburg. She is a lecturer in the English and Theatre Department at Eastern Kentucky University.