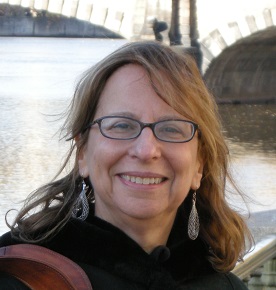 The other driver was looking at her cell phone, you’re sure of it, but there’s no one to back you up. Henry certainly can’t do it, so you hand your license to the police officer and he asks if you think you can walk a straight line. His partner, a woman whose wavy red hair hangs below her cap, is examining the damage to the other car and speaking with the other driver. You know there is always a good cop and a bad cop and you are hoping you got the good one, but you just don’t know. He shows you a card that says you are free to refuse the field sobriety test but there may be consequences. You want to ask what consequences and what if God forbid your license were suspended, but worry about your breath and decide the less said the better. You have had your usual Sunday brunch, two Bloody Marys and cinnamon toast, and your sixty-year-old nephew Henry has had his usual—a vanilla milkshake—plus he’s now got all three swizzle sticks from your drinks (three, count ‘em, not two), plus the lemon wedges, two of which he has already sucked dry.

Henry has wandered off in the parking lot but not too far; you see him toeing a black shoe in the gravel, and muttering his words: milkshake, steak, soup, hello, goodbye, catsup, and Mommy! You are not his Mommy but sometimes you say to him that you know he must miss her and he always responds with Mommy! and sometimes he weeps. As usual, he is decked out handsomely for your Sunday excursion: jockey cap, herringbone jacket, black chinos, and those leather shoes. The cop asks if your passenger can vouch for you, but you shake your head no, no, he can’t and his eyes bounce to Henry and back and he seems to get it.

If you were destined to hit a car today you are glad that you were still in the diner’s parking lot, the diner where you come with Henry every Sunday, picking him up from Camphill Village, where he lives with ten other residents in a group home with a house mother. Henry is the reason you moved to Copake to the one-room walk-up; the reason you left Stuyvesant Town and rent control and your small circle of friends; the reason you said goodbye to your neighbor and sometime lover Cal, who said you were crazy to move to be near Henry, who doesn’t even know what an aunt is. Whenever you pick up Henry on Sundays, and he hugs you briskly and shouts “shotgun” before climbing into the passenger seat, you know Cal is wrong.

Florine, the waitress who knows exactly what you both want even before you sit down, is on her lunch break, having a smoke, watching from just outside the diner’s back door. Of course, if the cop really wants to know how much you had to drink, he has only to ask Florine, only to examine the receipt.

You think the best thing you can do is pass this sobriety test with flying colors. You concentrate hard and try not to be distracted by Henry, who has edged closer. The officer draws a chalk line on the tarmac. He reads from another card, which he holds at arm’s length: You will put your left foot on the line, then your right foot on the line ahead of it, heel to toe. You will take nine pairs of steps. Then turn and come back the same way. When you turn keep your front foot on the line and turn by taking several small steps with the other foot. You MUST look at your feet at all times and keep your arms at your side. DO NOT STOP until you have completed the test.

His voice changes and he asks: Do you understand? Do you understand? You say you do. It’s a lot to keep straight but you begin. The hardest thing is to look at your feet, which are flawed and ugly in sandals, the Fujiyama Mama pink polish chipped, your insteps dirty. Unlike Henry’s shiny black shoes which you see walking beside you on an imaginary chalk line of his own, mimicking your every step. You can’t help it. You take your eyes off your feet. You grin at Henry, starting to laugh, and he grins back. Your arms flail to steady yourself, but you can’t stop.

Maybe, just maybe, you got the good cop.