WAITING IS THE WORST PART 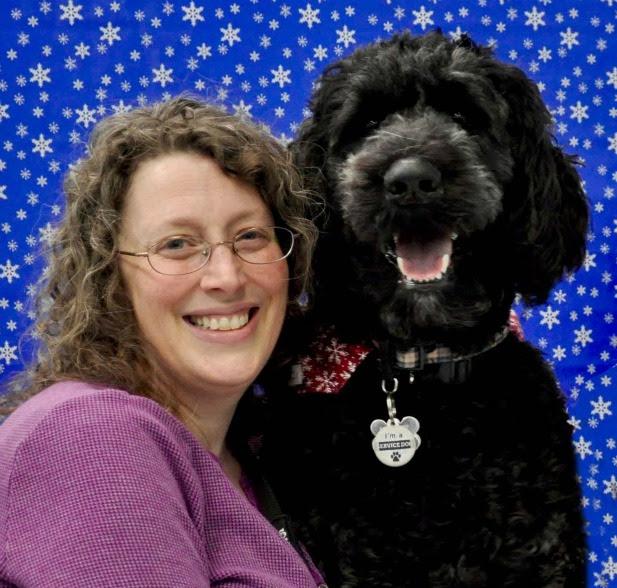 I heard that for the first time a year and a half ago. And it was devastating. My life turned upside down in about a week. Surgeries, radiation. Lifestyle changes.

But we thought we beat it. We thought I had won.

Then we found another lump. I don’t know if it is scarier the second time or not.

But I got to say it the second time.

My dog, Amos, found the lump the second time. He kept hitting my chest with his nose, just below the collarbone, over and over. I couldn’t figure out what he was doing. But then I found the lump.

He looked satisfied that his job was done and laid down in my lap. Ninety pounds of Giant Schnauzer mix. He stayed with me while I cried.

I asked the doctor who did the biopsy if he had encountered others who had their dog find the lump. He nodded.

I asked how many times is it cancer?

He shrugged and said, “I always trust the dog.”

My dog was right.

When I went in for the results of my biopsy, I told my oncologist when she came in the room, “I already know.”

“My dog found the lump,” I said. “So I know it’s cancer. Let’s get this show on the road. What do we do this time around?”

She was stunned. But she knew me. I’m pretty direct and I hate beating around the bush.

“And otherwise?” I asked.

“We’ll do more tests to make sure it hasn’t metastasized,” she said. “We’ll know after that.”

That’s pretty much the worst word in the world.

She expedited all the tests.

I have now been through MRI’s, CT scans, bone scans, all while my body was pumped full of cocktails of contrast and radioactive fluids. All within less than a week.

It’s been a busy week.

And now I wait.

I am too creative of a person to be left alone with my thoughts and all of the what-ifs.

I’m also a planner, and I can’t plan anything until I know what to expect.

The weekend will be hell.

But I will endure the wait.

I will sit with my dog. My hero.

He has been getting fed steak more often than I care to admit. But he found the lump early. That’s the best thing for cancer. Head it off as early as possible.

I never would have found the lump yet without him.

And it’s in a place that my March mammogram might not have picked up.

This dog is my hero.

He will get his own slice of bacon for breakfast this weekend.

And he will wait with me.

Judy Lunsford lives in Arizona with her husband and her Giant Schnoodle. She’s been published in the short story anthology “Promise in the Gold,” edited by Dean Wesley Smith, plus several other anthologies. She can also be found in several magazines. She is currently battling Stage 4 cancer.