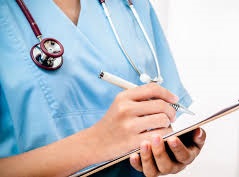 Nurse Barrett knocked on the door to room 105. She wasn’t required to do this, but she liked the little bit of extra dignity it provided to her patients. She hoped it made them feel more at home in the space, giving them the opportunity to allow her to enter rather than barging in unannounced.

“Come in,” came a frail voice from behind the door, replying to her knock. She turned the knob and entered. Barbara Silverman was sitting up in her hospital bed, picking feebly at the small, rubbery sausage and overly processed scrambled eggs on the tray in front of her, her white hair a nest of tangles.

“How are you feeling this morning, Miss Silverman?” Nurse Barrett asked with a smile, as per usual.

“Not very well, I’m afraid,” came the reply as she put the fork aside, giving up on eating altogether.

“I’m very sorry to hear that,” Nurse Barrett said. “Luckily, the doctor has directed me to give you an additional medication this morning. It should take that discomfort away in no time.”

“Thank you, dearie. That sounds wonderful,” Barbara said. She laid back on her pillows. Nurse Barrett approached the bedside and checked the patient’s IV line to ensure it was flowing appropriately. She then removed a syringe containing a bright amber liquid from the pocket of her uniform, attached it to a port on the line, and flushed it through. It mixed with the fluid already in the line and began moving toward Barbara’s body. Nurse Barrett heard her exhale heavily as the first bit of it flowed into her arm. By the time she made her way back to the door, Barbara’s eyes had become unfocused.

Nurse Barrett stepped back out into the hallway, closing the door gently behind her. She looked down at the list attached to her clipboard. She put a small check next to the name Silverman, Barbara at the top. Five more patients this morning.

She made her way down the hall, stepping to the side to let two orderlies pushing a gurney pass by going the way she had come. A right at the end of the hallway and halfway down the next brought her to room 117. She gave another light knock, but this time, she received no reply.

Opening the door quietly, she saw that the second patient, Donald Green, was still asleep.

He was turned away from her in bed, and most of his body was covered by the thin hospital sheet, but even from across the room, she could tell his breathing was labored. She crossed the room quickly, taking a second syringe from a different pocket and injecting it into his IV line. She watched his breathing slow for a moment before turning away and stepping back out of the room.

Nurse Barrett looked down to the next name on her list, and her eyebrows shot up. Giving a small shake of her head, she made her way to the nearest stairwell and climbed the stairs to the floor above. Once there, she made her way down another hallway, indistinguishable from the one below, and knocked on another nondescript wooden door.

“Yes?” came the reply from within. Inside, Stephen Sommers was also sitting up in bed. He was much younger than the other patients, although his missing hair made it slightly more difficult to judge his age. He had already finished his breakfast and set the tray aside.

“How are you feeling this morning, Mr. Sommers?”

“I’m doing much better, Nurse Barrett, thanks,” he replied with a smile, but his fragile tone and the way he moved, as if even slight adjustments were a struggle, gave him away. Up until recently, the doctors had given him a good prognosis.

“That’s good to hear,” Nurse Barrett replied, giving him a smile in return. “The doctors have ordered a slight change in your medication,” she continued lightly, removing a third syringe from her pocket. “Hopefully, this will help you to feel even better.”

As she advanced toward the bed, their eyes met. She knew that look.

Moving quickly, she slammed her palm down on a red button protruding from the wall. As soon as she did, the bed under Stephen contorted, throwing him into its center before the sheets tightened down around him, pinning his arms to his sides. He struggled, but the chemotherapy, combined with the lymphoma that hadn’t responded to it, had already sapped his strength away, and his movements soon slowed as he tried to catch his breath.

“Please,” he stammered as she approached the bed, tears falling from his eyes. “My wife is having a baby next week. I just want to meet my son.” She felt a twinge of regret at his words. They might even be true. They probably weren’t.

“Please,” he said again as she injected the amber liquid into his IV line. “Please, Nurse Barrett, please, I’m not ready. My son,” he repeated, his words getting weaker as the drug took effect. “His name is Ryan. Tell my son . . . .” He took a large breath, which slowly passed back out of his lungs. He did not take another.

A single tear fell from Nurse Barrett’s eye. She angrily wiped it away. It wasn’t her fault that his cancer hadn’t responded the way it should have. The hospitals were overcrowded. Every bed was needed, and they had been directed to prioritize only those with a good chance of recovery. It wasn’t fair that he had asked her for more time. It wasn’t her decision to make.

She lowered her head, shutting her eyes and taking a moment before pushing those thoughts from her mind. Exiting the room, she took out her list again. 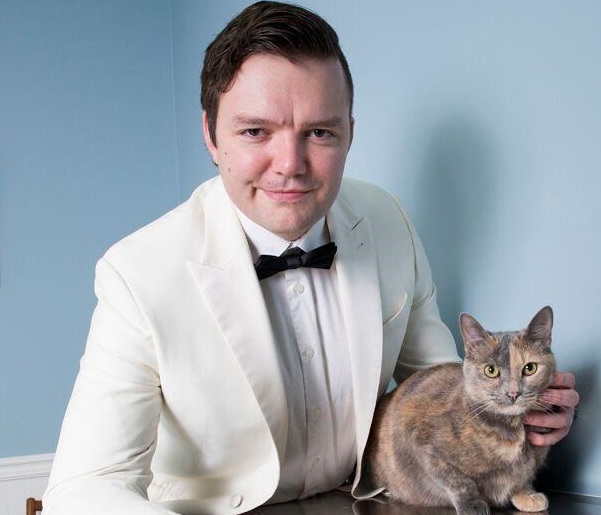 James Mathews graduated from the University of Vermont with a degree in Philosophy in 2009. After working at an animal hospital, he was accepted to veterinary school at the University of Georgia and graduated in 2016. He currently works as a small animal veterinarian in Atlanta, Ga. His writing is informed both by his love of fiction and his medical background.