A GIRL IN A CALICO DRESS 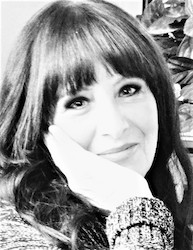 “I wanted to name you Shelby,” Mama said, sitting on the edge of my bed, shuffling through a box of old photographs. She’d choose one from the many, smile, turn it over to check for a date or a name, then set it back among the others. I could see memories in her eyes.

She paused and slowly took one from the box. She neither smiled nor turned it over. “But your father wouldn’t have it. Told me never to mention the name again.”

“Here.” She handed me the photo in her hand.

I leaned over from the other side of my bed and took the black and white photograph. It was a picture of a little girl. In it, the girl was smiling, squinting her eyes against the too-bright sun. She stood alone, wearing a calico dress with old-fashioned puffed sleeves. Her two front teeth were missing.

“Who’s this?” I turned it over, but there was no name or date.

“That’s your cousin. Shelby. Picture was taken maybe twenty years ago. Shelby’s seven there. Of course, she never got any older.”

I looked again at the child in the photograph. It could have been a picture of me. The same shoulder-length hair, light brown, as far as I could tell, with willful curls and stubborn waves. Both knees looked scuffed. I was always scuffing my knees. She stood with her hands behind her back, a posture that implied shyness, like she felt uncomfortable having her picture taken.

“It was an accident. Your father’s sister, Aunt Gladys, nearly went mad from grief.”

“Aunt Gladys and Uncle Al?” They owned the farm in Kentucky and we visited them a couple of summers ago. “Uncle Al showed me how to milk a cow.” I remembered that morning, the fertile smell of plowed earth, the sweet alfalfa. I followed my uncle down a narrow dirt path to the barn, trying to match his unhurried stride with my small footsteps. To my left, a vast field of pungent tobacco, a shade of dusky green even in the dawning light. Chickens scattered and barnyard cats came from everywhere, mewing, when he motioned for me to sit on the milking stool. My uncle laughed at them as he scraped his own stool next to mine. He patted the cow’s flank lovingly, and she turned briefly then went back to her hay trough. Fascinated, I had never been that close to a cow before. I stroked her brown and white flank as well, unexpectedly soft.

“Watch me first,” my uncle instructed, and he grasped a teat and pulled gently, sideways, a spray of warm milk suddenly hitting the bucket. He repeated this again and again and the bucket began to fill. He worked with a rhythm he must have known since he himself was just a boy. He nodded. My turn. I held the teat tentatively, wanting to get it right. It was a strange, rubbery thing in my small hand. Uncle Al laughed in a good way when at last, after several attempts, I shook my head and smiled shyly. All my uncertain tugging hadn’t produced a single drop and only made the cow stomp her hooves. “You did good, anyways,” he said, patting the brown and white cow again as if addressing both of us.

“They never said they’d had a daughter. I don’t remember pictures of her.”

“Oh, they didn’t talk about her. They wouldn’t have. She had been gone for many years by that time. Your aunt, she burned the pictures of Shelby in the woodstove on one of her worst days after. Out of her mind with loss and sorrow, they never really knew why. Maybe she figured if she burned Shelby’s pictures, your aunt could destroy the pain in her heart. I think she was trying to erase Shelby altogether, as if that little girl had never been born.

“Your uncle managed to save this one. Gave it to your dad and me that time we visited. Patted my hand with tears in his eyes. Keep her safe, he said when he handed it over. I didn’t know if he was talking about Shelby or you.”

“Mama? How did Shelby die?”

“Going to town, the three of them, your uncle and aunt. And Shelby, of course. In that old Ford pickup of theirs. Shelby wanted to sit by the door, and well, Gladys hardly never denied that little girl anything, her being their only child. They were going up one of them hills there, taking a back road to town. Well, going up that hill, that truck door came open. It never did close proper.”

“Never did close proper, like I said.” Mama stared out my bedroom window as if she had been there, as if she could see what had happened next.

“Shelby fell out. Maybe was leaning on it. She fell onto the road, onto the dirt. Must have fell forward, trying to stop herself with her hands. Like I said, they were going up a hill. Well, she rolled down under the truck and . . . .

Mama paused, but wouldn’t look at me. “That truck ran her over. Those back tires just ran that little girl over. Your uncle, he didn’t realize to stop. Didn’t realize the door’d come open. Well, your aunt, they say she jumped out shrieking words that might have sounded like prayers to Jesus. She picked up that child. Just picked her up, your aunt already half crazy. Ran back down the hill with her, screaming. Wouldn’t stop screaming.”

Mama took the photograph from me and placed it gently back in the box.

“I sure wanted to name you Shelby. Such a pretty name, don’t you think?” She shook her head. “But your father said naming you Shelby would always remind your aunt and uncle of your cousin. I just think he was afraid same thing would happen to you somehow. That you would die when you turned seven.”

I bowed my head.

I put my tongue in the space where my two front teeth were missing.

As a young girl, Carolina Mintz wrote stories on the back of completed math tests. As an adult, she won first prize in the Diamond Valley Festival of the Arts short story category and second place in Writer’s Weekly. She has also published an historical novel called Anya and Miles. She works as a librarian.