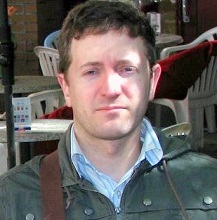 The dream started when I came back,
interrupting the night ward with a
wildcat’s screech, the bed jumping
like a gallery of tin cups in the county jail.
I was dreamless and serene as long as I soaked
my sleep with liquor or morphine.
The dreams cut off like an unplugged TV.

Earl came back first from the goon-swamp
of the rain country. He wore his hunting cap
backwards like a warning—he talked about
a cave full of snakes he’d crawled through
to make our appointment. I sat in the dream-camp
watching the bombs pepper the mountains
like fireworks. I threw a ball in the net first go.

The next from the mist was Leroy Wallace,
our sergeant, who said he lived for four weeks
on raw frog. He had lost his medals
in the long grass, went on his knees to fetch them,
his nails as long as a village magician’s.
He said, ‘There’s not much point coming back
when no one knows you were gone.’

Each time the dream brought back new faces.
I couldn’t sleep still for reconciliation.
My pillow got so squeezed it almost burst.
Jimmy the Tiger and George Evans,
Mike Dreyden, the Lowell Twins.
All grinning, sheepish, bruised,
as living as my heartbeat.

It got too much, the room
in my head got filled up.
There were too many voices, too many
cheers like a squad when a plane hits
with rations. But they kept coming,
whole armies of them, each one
strangely penitent, apologetic
for being gone so long,
or for making a fuss when the world
wanted silence and manliness.

I couldn’t take their bashful smiles—
truth be told, it got to me.
Returned, each man seemed at a loss,
too much a stranger to himself
to ever quite come home.

That’s why I take beer before bedtime,
each night, as sure as prayer.
That’s why I’ve moved to the city
as far from the land as possible.
I’ve covered the mirrors to stop the faces
(too much like mine to be reliable),
the sound of scratching behind the glass.

The books say you need to find
yourself an occupation, a fresh start,
a nice wife, some good weed.
You’ve got to try to live in your times.
But I am as old in my head
as veteran implies, my dreams all buried
in what happened. I don’t fit.

Folks look past you on the street
if you stop frozen in thought,
as though you were a ghost,
or someone they faintly recognize
just lately resurrected.

David Mohan is a poet and short story writer based in Dublin, Ireland. He has been published in journals and anthologies in Ireland, the US and the UK. He came second in the 2009 Sean O’Faolain International Short Story Award. He won the 2008 Hennessy/Sunday Tribune New Irish Writer Award for Poetry.

“‘The Lazarus Dream’ came out of all kinds of formal and informal research— reading books, watching films and documentaries, reading interviews and talking to people who have had war experiences or experienced similar trauma. It is also the amalgamation of my thinking on war in a great number of contexts, especially in relation to an often neglected area—the psychological aftermath. In other words, it is a work of imagination. With a subject like this, it can feel presumptuous to write about other people’s experiences, but it was done primarily out of an attempt at imaginative empathy, and so I hope it will be accepted as a poem written in good faith.”