ON THE WAY TO THE PENSIONS OFFICE 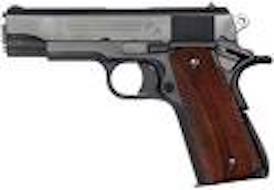 Mr. Okafor wore the shoes he bought as a student in the U.S. in the sixties. They were sturdy, comfortable enough to wear for the work he did—standing long hours in the sun before the Pensions Office. He said goodbye to his wife, who responded weakly from the bed.

He got into the 1980’s model Mercedes. He would have to take the bus tomorrow because he could no longer afford petrol. Black market prices had gone up and he could not wait in the queue at the Texaco station, the only one that sold at regular prices. The queue was as long as the distance from Enugu to Ngwo and it began at night.

He drove along the highway to Awka, his mind wandering. The governor had been on the news last night, promising that pensioners would be paid. He needed the money, he thought, listening to the noises his car made over the potholes. His shock absorber was bad, his wife’s hypertension pills had run out, food prices were going up, the rent was due. Something good needed to happen today.

His mind filled with worries, he did not see other cars turning back and driving on the wrong side of the road, as if in panic. When he noticed, it was too late. An old Peugeot filled with young men pulled alongside him, and the driver hollered menacingly, a gun in his hand, “Stop! Stop! Park your car!”

Mr. Okafor did not think to disobey. His heart in his mouth, he pulled over. Three young men dressed in black approached, guns pointing at him. They jumped into his car.

“Please….” he muttered. He was old, seventy, he wanted to say, but he did not want to die. His only son, who bought him the Mercedes, died in an accident last Christmas. His wife was ill. He had no money, not even two thousand naira. The government had not paid pensions for two years. “Please, I don’t have any money,” he begged, his eyes on the road. Don’t look at them, he told himself—they kill people who can describe them to the police.

“Who wants your money?” the young man sitting beside him sneered. “Our car was running out of fuel.” That explained why they stopped his old jalopy, Mr. Okafor thought. But it did not assuage his fear.

“Okey should have gone to buy fuel yesterday,” one of the two in back complained.

“Shut up,” said the one in front, authority in his voice. He must be the leader, Mr. Okafor decided. “We do not kill private people,” he continued condescendingly to Mr. Okafor. “We are only looking for government money.” Like Robin Hood, a voice in Mr. Okafor’s head said. Did that mean he could trust them?

He drove, his heart thumping, his hands trembling on the steering wheel. Kapu! Kapu! Their young, sinewy hands were out the window, shooting into the air fearlessly as if death itself should fear them.

“Faster!” they shouted at him. He drove faster. He did not say that his wife called him the slowest driver on earth. He did not tell them, like he always told his wife, that there was no hurry in life. Not when they were chasing after the black, bank van racing ahead of them, shooting at it until a bullet entered its tire and forced it to stop.

They ordered him to park, and they got out. For a moment he sat in the car, watching them approach the van, still shooting. Then he came to himself. He ran out of his car and into the bush. There he watched from behind a tree. The van had caught fire, the money was burning. They circled the burning van, looking for a way to retrieve the loot, crying: “Our money! God please save our money! Please God, our money is burning!” Their desperate prayers went unanswered, the flames rising to heaven.

When he lay down beside his wife that night, listening to her groaning, tossing, and turning, he thanked God for answering his own prayer to live to work another day— even if that work consisted only in waiting under the hot sun for long overdue pension payments. 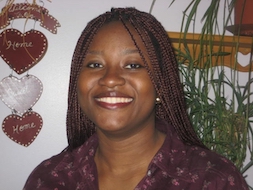 Cheluchi Onyemelukwe is currently a doctoral candidate in law at Dalhousie University. Her work has appeared in several journals, including African Writing, Farafina, and The Danforth Review.