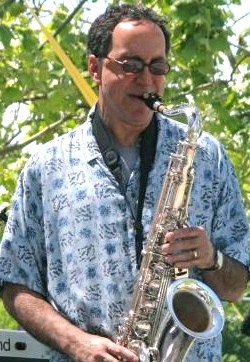 Summer in Chicago and nearly a hundred outside but in the low-ceiling basement where we ran the four custom kilns all day the thermometer was always pushing 125 so we drank soda non-stop while stretching bottles, that’s right, pop bottles, Coke, Pepsi, 7Up, heated them up and stretched them so they became long and twisted and were labeled Pop Art Bottles and sold for $3.50 in Old Town hippie shops with names like Climax and Stick It In Your Ear and that meant a plump profit because you could exchange an empty bottle for five cents but these guys got them from the soda companies for eight cents, the extra cost no doubt because they were also paying for trademark on the product, these guys being Mickey, Stuart, and Sheldon, three Jewish guys from Skokie, and the basement operation was run by Duke and Ron, a black guy from the South Side and a white guy from Little Italy who got paid way more than the $1.30 an hour that I got and way way more than the $5 a day Stuart paid the speed freaks who wandered in every so often to pack the bottles in crates and who would work diligently for a day or two and then disappear for a week and such was the pecking order that I felt special making twice what they made even though I was getting minimum wage and had burns all over my arms and all they had was the occasional paper cut and one of the bottle-packing speed freaks was a girl named Lisa who was pretty with curly strawberry blond hair and when I got to know her I found out that Mickey would take her behind the crates during lunch hour and pay her three bucks for a blowjob (He sure likes to get his bottle stretched she said) and one time she showed me a little sketch pad with drawings and writings that were truly brilliant, I remember looking at her and thinking You made this? and later this kid Eddie got furious at her I think because she slept with him and then jilted him and he tore up the sketch pad and she said It’s kinda like you were tearing me up isn’t it and he said That’s right but she just changed the subject and said There’s this lesbian who’s in love with me and wants to take care of me but I’m not the lesbian type and I said I know you’re not and she said How could you know you never fucked me and she said it angrily, like she had desired me and I was too dumb and too shy to notice or do anything about it, and that broke my heart.

Michael Pearce’s stories and poems have appeared in Epoch, Ascent, Measure, Nimrod, Conjunctions, Witness, and elsewhere. He lives in Oakland, California, and plays saxophone in the Bay Area bands Highwater Blues and The Delta Dogs.