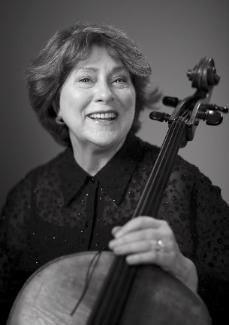 I learned what little I know about geology from Carlos. We met on a mountain in Wyoming. I was twenty-four, impressionable, full of music and myself, on the cusp of a grown-up life. Carlos was ten years older. Like other geologists in those days, he was a teacher, climber, explorer.

He saved my life in climbing mishaps, twice. First, just before he left for a year at the South Pole. My inexperienced party was off route, and Carlos guided us down through the moonless night. And again a year later when my climbing teacher fell, leaving me pinned to a narrow ledge, helpless to know what to do for an unconscious 180-pound man with broken ribs and crushed kneecaps dangling from my belay line 60 feet below. Miraculously, freshly back from the South Pole, Carlos appeared with the rescue team.

I loved him spontaneously. He loved me with a patient, tempered love. I went to live—we called it an open- ended visit—with him on the west coast. In the eyes of an east-coast girl, continents away. He was willing to learn about music, sought ways to show he understood it mattered, although how it might adhere to a life together—given the size of my ambition—was not altogether apparent. There was no New York Philharmonic in the university town where he taught. We were like two exotic birds traversing each other’s native habitat. We thought we wanted to get married.

It felt daring to be held in the crevice of his love.

“Which one is younger?” Carlos quizzed me while hiking one day. He had picked up a weighty rock consisting of three layers: outer slabs a startling shade of pink flecked with bits of mica, and a hardy inner streak of dazzling white quartz. It was one of those sandwich rocks that have two layers of one composition divided by a mid-section of another. The correct term for this common formation, Carlos had told me, is an intrusion. And the uninvited center is a vein. Funny, how a structure so ancient and dispassionate would assume names so human.

“The middle,” I answered promptly.

Carlos emitted a small, pleased, “Hm,” surprised that I had retained something from his occasional, impromptu instruction. The quartz had “intruded” into a fissure in the feldspar, and crystallized. He didn’t embarrass me by trying to pin me down on actual, scientific terminology.

“And which one will erode quicker?” he asked, perhaps testing his own capacity to over- or underestimate me.

I fidgeted. I searched my newly-acquired catalogue of superficial, unrelated facts. Terms such as igneous and Mohs Scale of Hardness fluttered through my mind, free of any useful context or detail. Lovely, luxuriant, irrelevant words like olivine and plagioclase suggested themselves. “Um, whichever is softer?” I ventured at last.

Carlos laughed out loud. “Safe!” he hooted. “You have me there!”

And safe is what I chose. Unimpeded by compromise or conscience, I flitted away, fled to the familiar geography of the life I knew—concerts, auditions, family expectations—heedless of the fact that beneath the weathered, calm, well-mannered, brave adventurer was a truly good man.

I saw Carlos once more, years later. We had each sifted into our own familiar territory, formed conventional families. He was clearly forgiving. Whatever the clefts in his heart, they had long since filled with yet stronger material.

But I find myself ever-amazed that time and erosion can accomplish only so much, and that despite breakage or abrasion, shards of the young girl persist, reckless as shale, sandwiched between softer layers of this now grown woman.

Marcia Peck’s writing most recently appeared in Tribute to Orpheus 2 (Kearney Street Books) and Open to Interpretation: Fading Light (Taylor and O’Neill). “Long Distance” (Flashquake) received a Pushcart Prize nomination. Water Music was runner-up for the Faulkner-Wisdom award for an unpublished novel. “Memento Mori” was awarded first prize in New Millennium Writings’ 2014 contest for short-short fiction. She is a cellist with the Minnesota Orchestra.