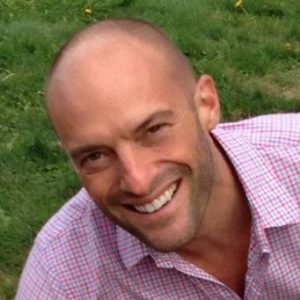 Roman Miller sat in the doctor’s office tapping his sole on the rug as if sending Morse code to the tenants below. His wife sat beside him smiling. He did not like it when she smiled. There was a time when this was not true. When they first met in high school, he liked to see her teeth, but now he preferred his companionship to be a bit more morose.

“Don’t be nervous, Mr. Miller.” The doctor, a woman with her office wallpapered in diplomas from institutions Ivy and otherwise, also smiled at Roman. “It’s completely natural for a man to harbor anxieties about the procedure. I can assure you, it’s quick and painless.”

“And the pills work?” He sheared a sliver of translucent skin off a cuticle with his front teeth.

“The procedure has been performed on over three hundred million men worldwide. The results speak for themselves. The benefits for middle-aged men like yourself seem to be even more significant.”

“The benefits are all anyone ever talks about,” Roman said.

“Why shouldn’t they, Mr. Miller? There are no side effects.”

“You have to see that urge in your loins as the drawback,” the doctor said, pulling a plastic model of the male genitalia into view on her desk, one of those displays where the pieces can be pulled apart and put back together to demonstrate a point. “Its absence can be a blessing.”

“Honey, we agreed.” His wife appeared nervous now. Her left eye twitched. She enjoyed hiding her anxiety, but Roman had recently discovered how her worries manifested themselves physically and it was always with her left eye. “This is best for our family. Think about the promotion they promised you once you have the procedure.”

“What sort of man will I be?” Roman looked with angst at both women in the room.

“I would say, Mr. Miller, that having the procedure allows you to be the best man you can be.” The doctor held the plastic model in the palm of her hand. “The data proves that men undergoing the procedure have above average IQs and a true love for their families. They want to be able to focus on what is important. You do not lose your sexual desire, you only disconnect from it when you do not require it. When you and your wife are ready for intercourse, you take an Odibil and within minutes you are aroused. For a couple of hours you have the urge and then it goes away until you require it again.”

“You mean until my wife requires it again.”

“Only she gets the prescription for the pills, right?” Roman stood up, but the room felt uneven as if it were tilting to the right. “I cannot just walk into a pharmacy and get a refill?” He held on to the chair’s arm as if he were on a bus careening wildly down the avenue.

“That is the way it has to work,” the doctor said. “Did you know, Mr. Miller, that countries where the most men have had the procedure have correspondingly higher GDP growth rates? Divorce rates are in the single digits. High school graduation rates exceeding 99%…”

Roman brushed his hand at the doctor. She must have thought he wanted her to stop talking, which he did, but what he really wanted was for her to put the plastic model in a drawer. The sight of it was upsetting.

“I feel sick,” he said. A sick deep in the gut, the prelude to some awful retching he feared he would be unable to control.

“A normal reaction,” the doctor tried to say with reassurance while pushing up the bridge of her glasses.

“Honey,” Miller’s wife whispered, pulling on his wrist to get him back into the chair. “We talked about this with the therapist.”

“Mr. and Mrs. Miller, after the procedure you will have no use for the trivialities of marriage counseling.”

Scattered amongst all the framed Latin-stenciled parchments on the wall were pictures of the doctor with a man of about her age.

“And your husband,” Roman asked. “Has he had the procedure?”

“Oh honey,” his wife cooed clutching his hands in hers now. “I want this for us so much.”

Roman looked at the plastic model in the doctor’s hand and up to her smiling mouth and the diplomas on the wall and the framed pictures of a happy couple and then at the joyful anticipation on his wife’s face. She had a look like that twenty years ago when they bought their first house, the one Roman thought was overpriced. He bought that house anyway, at full price.

“It’s permanent?” The doctor nodded. “And the State covers all costs?”

“The procedure and thirty Odibil a month,” the doctor said as she put the genitalia in the drawer.

A year later, the Millers were back in the doctor’s office. Everything looked the same to Roman, same things on the wall, same white coat on the doctor, same glasses on her face, same carpet on the floor. Only now, his foot was steady. He felt calm. It was his wife who was in a state of desperation.

“The pills are not working, doctor,” Mrs. Miller said. “Every time he takes one he loses interest faster. They should last for a couple hours like it says on the label, like it used to last him.”

“Yes, that is the prescription,” the doctor said pulling out a sheet of paper. Roman wondered where the plastic model of the male genitalia was.

“Congratulations by the way,” the doctor said. “I saw on the news your company went public. You’ve done well for yourself in the year since the procedure.”

“Are we doing something wrong, doctor?” his wife interrupted, half out of her chair as her left eye blinked with the frequency of an FM radio station.

“Mr. Miller, are you still sexually attracted to your wife?”

Roman smiled. In another time he would have had to lie. It was the only kind thing to do, but now he could tell the truth.

“You’re asking me when I am not presently on Odibil, so I would have to say no.”

“Honey!” Eyelashes fell from her face. Roman thought they were beautiful.

“Well isn’t that the point?” he asked as if stating the obvious. “I haven’t been unfaithful.”

The doctor stood up and paced the room. She went to a drawer. Roman expected her to pull out the plastic model and while it was a plastic model she did reveal, this was one of the female genitalia.

“The pills allow the mind to experience sexual desire,” the doctor said. “And the body to manifest such feelings into physical actions, but the drug cannot create desire where there is none.”

Roman thought about free will and smiled.

“Well there are things I can do to spice it up in the bedroom. Leather perhaps?” His wife moved her eyes from Roman to the doctor and back to Roman like a child looking for approval from its parents.

“There also could be the problem of tolerance,” the doctor added.

“Like with alcohol, consistent consumption builds the body’s tolerance such that each pill ingested has a nominally weaker impact on reversing the conditions of the initial procedure and regenerating the libido than the prior pill.”

“So the dosage needs to be adjusted?” his wife begged.

The doctor was not looking at Mrs. Miller when she spoke now. She set the plastic model on the desk.

“We have seen cases in those that first received the procedure where…the drug becomes ineffective.”

“Isn’t there another pill he can take?” Her right eyelid began to blink. The muscles in her left had given out.

Roman put his hands behind his head and slouched a little. His mind wandered to the house in Aspen they were about to buy. They could ski in and ski out. The plastic model on the desk did not upset him.

“There is an option you may want to consider, Mrs. Miller.”

“What’s that?” His wife’s voice quivered, damn near ready to crack.

“I had it done myself after the Odibil stopped working for my husband, and I’m quite pleased with the results.” The doctor cupped the plastic model in her palm. “In the time I’ve had the procedure, I have submitted five patents for approval. I‘ve never been more productive. And my husband and I are still very much in love…of course.”

“Procedure?” His wife held onto both chair arms.

“I assure you it’s quick and painless.”

The doctor placed the plastic model back in the drawer.

“And no more need for the Odibil.”

Todd Reppert develops boutique hotel properties when he is not working on his novel The Claykickers, based in part on the true story of a lost nuclear warhead from the 1961 crash of a B-52 over North Carolina. He previously served as an engineering officer in the United States Air Force. He has attended numerous writing conferences and workshops including the Yale Writers’ Conference. Todd recently moved from New York City to Austin, Texas with his wife, two daughters, new baby son and an old, loyal pug. Odibil is his first published work.