THE EMANCIPATION OF BOURBON STRAIGHT UP 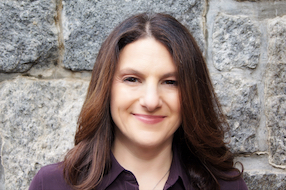 When I moved to New York, I imagined I’d be a world-class Ashtanga teacher in SoHo leading morning Mysore with subway vibrations under my feet. I dreamed of late night sessions interpreting the Bhagavad Gita with the kind of flexible minds I didn’t stumble upon often in my hometown of Amarillo, Texas. As it turns out, yoga doesn’t pay the rent in these parts. Instead, I’m stuck mixing cocktails at private parties, but I suppose I’m one of the lucky ones. As long as I show off my well-earned biceps and charm the society folks without picking my teeth, I can bring in all the cash I need.

I’m working the bar tent at this Fourth of July BBQ by the beach, and I’m dazzling the crowd until this muscular, little guy orders a Caipirinha.

“Where the hell’s the vodka?” he asks after taking a taste.

“A Caipirinha’s made with cachaça,” I say. “Brazilian holy water.”

“Maybe where you’re from, but I’ve never had a Caipirinha without vodka.”

“Then you’ve never had a proper Caipirinha, sir.” I throw him a smile to lighten the mood, but his panties are already in a twist.

Caipirinha educates me about his trip to Brazil—Sao Paulo, Rio de Janeiro and Fortaleza all in one trip. He insists they know how to make a correct Caipirinha there. While I’m sure they do, Brazilians don’t drink vodka. Anyone with a map and a taste for liquor knows that.

The tall girl with him touches his arm. “Please, Dad, don’t. Not here.”

“No worries,” I say, “I’m happy to make it any way he likes it.” But the host already senses potential disorder brewing and works his way toward us. He puts his hand in the center of Caipirinha’s back to reassure him he’ll get his drink served on my bare ass if that’s what he desires.

Caipirinha smirks as he walks away. I try to find my inner peace. Inhale. Pause. Exhale. Repeat. On the third exhale, his daughter starts breathing with me.

She has big-bones and thighs that are a touch too wide for her bohemian dress, but she is the only one there who looks like a woman instead of a man, with soft skin that hasn’t been chiseled by a personal trainer.

“My dad shouldn’t speak to you like that,” she says, and I feel the sting of shame.

“I’m just keeping my head down ‘til I get enough cash to go to India. I’m gonna study Sanskrit with Arundhati Sri Jha.” India is only a pipe dream for me, but I know if I throw a crunchy girl like her a nugget like that, she’ll be listening to Krishna Das in my apartment soon enough.

Her name is Ruby and she pulls up a chair near the bar and people-watches with me. She is visiting her dad before college kicks off—the school is his choice, not hers—and she is no more of a regular in that crowd than I am.

She can’t stop watching her dad a few feet away. He is shouting at the Cuban sculptor. I know the guy is Cuban because he told me so when he ordered the Cuba Libre and rambled on about the profound influence his Cuban heritage had on his art.

“Do you ever look around your family and wonder how you can ever expect to be normal?” Ruby asks.

I tell Ruby about my seventh-grade art project, when I repainted an entire Norman Rockwell picture, “Freedom from Want,” the one with all those perfect, color-splashed kids smiling around a decadent turkey. I copied the whole scene, but added myself in the corner, dressed in black and eating nothing but a plate of green beans with a python wrapped around my neck.

She barely gets out a laugh when Caipirinha gives Cuba Libre a small push in the center of the chest. Cuba Libre stands tall and pulls his arms away from the core of his body. An awkward fighting stance at best. Not for nothing, but the Texan in me just can’t see how a man can act tough while wearing linen pants.

Ruby runs over to stop her father before a full fight breaks out.

“Stay back,” Caipirinha says, raising his hand in the air as he turns toward Ruby. She retreats and shies away. No one else would notice such a small cower, but my daddy was the sort who believed discipline was only effective if he had to ice his hand afterwards, so I recognize that tiny movement, that brief second when you forget you’re a grown up. You still think the beat down is coming. Suddenly you’re seven years old again and wondering if you can still wedge yourself in that space between the wall and the back of the toilet so the porcelain can protect you.

I know I’m right, because Ruby disappears into the garden. I call out to her but she doesn’t turn around. She doesn’t return until after the pre-fireworks rush is finished. She slips in behind me as the first explosion colors the sky, right as I’m fixin’ to sneak myself a bourbon straight up.

I follow her the back way toward my car and take the heavy tote from her, knowing full well I’m leaving my post, my job, and the clothes I brought to change into.

Ruby carefully pulls her towel out of the bag and unwraps the folds to reveal a small, glass sculpture. I don’t notice the Cuban influence, but I know it is more expensive than anything I’ve ever held in my hand before.

Lee W. Sang’s fiction has appeared or is forthcoming in the Valparaiso Fiction Review, Iron Horse Literary Review, The Penman Review, and The Westchester Review. She received an honorable mention in Glimmer Train’s Short Story Award for New Writers and she is writing her first novel. She lives outside of New York City, where she is a founding member of the Rivertown Writers Collective. In addition to writing, she spent many years working in finance and currently manages real estate in New York City.