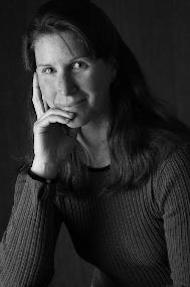 “I want this to rip open from the sides,” I said. “Easy and quick.”

“But, honey,” said the seamstress, “this is a bridesmaid dress.”

The seamstress, fifty-something, with hair an alarming shade of blond, raised an eyebrow. Her gaze roamed me, tits to toes and back. Out the window, Kitty’s Adult Books blazed in neon across the street. The blood in my face drained to my fingertips, where it pulsed. I struggled to look naughty and cursed my checkered dress.

She grinned. “You’re no stripper.”

I clenched my jaw with the exquisite resolve that had settled there six months ago and hushed my fellow librarians.

The seamstress’s grin faded. “When do you want it?”

I strangled my bouquet and glanced at team chiffon and chignon. Sweat dribbled down my spine on an unimpeded path to the hinterlands, shouting how naked I was beneath my flounced dress.

The bride and groom stood before Father Cormac, their heads steepled close. Stone screwed a gold band over Yarrow’s knuckle. Yarrow had foregone the veil for a simple tiara. They sniffled at each other. The best man handed Yarrow Stone’s ring. Yarrow took Stone’s hand. That hand had traced my body like I wanted to be traced forever.

“You don’t mind?” they’d asked, perched beside me on my parents’ couch. Mom and Dad had sat on the loveseat, beaming at my sister, Yarrow, not me. I remembered how I had not been able to take my eyes off her new diamond’s sparkle as her hand grasped mine, had not been able to speak because my teeth clenched against wailing.

“I knew you wouldn’t mind. You’re so good,” Yarrow’d said as she’d turned to embrace Stone. Over her shoulder, he’d mugged resignation.

Now, I hoped pasties and a G-string weren’t the better choice.

“You may kiss the bride!”

I turned to the guests, who were gazing at Stone and Yarrow. Mother looked like she was witnessing the resurrection. She swabbed her eyes with two fists of tissue. Stone’s mother, however, squinted, one eye narrowed to a slit. His father stared like a flogged Chihuahua.

I felt my breasts and specially trimmed pubic hair brush against my dress. I pinched the tabs, and imagined the qukkk of Velcro and the shoosh of gossamer cascading around my mauve pumps. If I bent one knee forward, the slenderness of my thighs was accentuated, and my updo infused class.

I raised my hands to the tabs, but Stone’s mother snared me with the purse of her lips, the calculation squeezing creases at the corners of her eyes. An intake of breath rose from the pews. A sigh. An Ahh! Her expression did not change.

I stepped out of formation and studied my sister, who had always been willing to drink, to smoke, to break curfew, to ask me to lie―the only person I’d ever lied for. I had introduced them over dinner at Little Italy and never suspected the attraction or the deception that followed. Now, in Yarrow’s beatified face, I saw the matrimonial torment she, Stone, and Stone’s mother would pummel out of each other. I realized I’d been overlooking the furrow of Stone’s brow, the clemency in his gaze. My fingertips throbbed, but I let go the tabs and dropped my arms to my sides, dress intact. I teetered like a giddy drunk.

The couple whisked through the standing, clapping guests. The best man and maid of honor followed at the practiced distance. The rest of the nuptial party readied to file out, two-by-two.

I stepped to groomsman-number- three. I snaked my hand through the crook of his elbow, took two rehearsed steps, and paused. Stone’s mother stood before her front pew. I pitched my bouquet to her and sang, “She’s all yours!” My dress qukkked. The flowers flew.

Stone’s mother caught them, lightning quick, and we locked eyes.

The shoulder of my dress flopped open. I straightened my back and leveled my boob at her like a gun. Her hands flew to her chest, and she flinched at the splash of lily petals against her face.

I tried like hell to recall his name but kept my shoulders back for optimum exposure.

We strode down the aisle, beaming, past gasps and the flash of cameras, toward my sister, her new husband, and the dazzling sun.

Heather Sappenfield has never been a bridesmaid. She lives in the heart of Colorado’s Rocky Mountains. In 2011, she won the Danahy Fiction Prize at the Tampa Review and was the Honorable Mention for The Bear Deluxe’s Doug Fir Award. Her stories have appeared or will soon appear in Meridian, Limestone, Tampa Review, and Shenandoah.