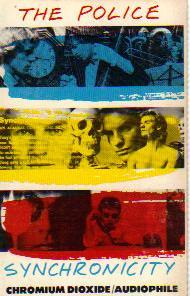 Way it used to be, bro, anybody who got in my car, I’d tell ’em straight up: Synchronicity does not leave the tape deck. I drive a ’94 Accord, right, candy-apple-green paint job still looking slicker than a bowling lane, and I never put a CD player in that mug—why would I? I’m a old-school brother, a throwback representer. So picture me and this lil broad cruising through uptown, getting blazed, you know, just vibing out. That psychotic-sounding track “Mother” was playing, and your boy Andy Summers is straight howling about how every girl he gets with starts acting like his mama. This broad looks over at me with some serious concern on her face and says, Why don’t you put something else on? I looked at her real hard and said, Bitch, I done told you the rules of my ride: Synchronicity does not leave the tape deck. I mean I don’t actually call these hoes bitches, but you feel me. What’s funny is I don’t even own no other albums by The Police, and I for damn sure don’t listen to Sting’s solo shit, “Fields of Gold” or whatever. I don’t know what it was about that record, man, but Synchronicity just never quit feeling great. No other cassette had graced my tape deck for over a year; I made this lil broad understand that wasn’t even about to change.

Naturally I found myself riding solo after that, but it’s cool. I don’t need nobody with me to just ride, just chill.

One day I swerve off Tchoupitoulas onto Jefferson, windows down on the Accord ’cause the AC don’t work, and I’m sweating like a beast, riding slow, gripping a blunt, steering with my knees and shit, had my hand out the window letting it like undulate in the wind. I was listening to my jam “Murder By Numbers,” marinating on how brilliant it is in a fucked up way, like you’re listening to a psycho explain his process as if it was fourth-grade math. When it faded out, I was already getting bucked up knowing the tape deck would do that cool thing where it automatically flips over to side one. Sure enough, here comes “Synchronicity I.” Stewart Copeland just tears that drum set up, boy. I don’t even know what Andy Summers does on that track—sounds like a bunch of keyboards—but it’s probably some synth-effect only that dude could get out a guitar, and Sting’s voice just keeps rising ’til he gets to that part where he’s just singing over and over, “Syn-chro-ni-ci-ty, syn-chro-ni-ci-ty.”

That’s when it started. On Jefferson, at the exact moment I pass under it, a branch hanging from a willow tree in the median rips loose and hits my driver’s-side mirror, took the thing off like snap. Stupid coincidental, right? I mean, what’s the chances? The car felt like it was driving itself, like I was coasting on top of a cloud. Mind you, I’m lifted as fuck at this point. I had smoked the blunt most of the way down and I’m frozen in this stupor, thinking about the whole irony of “Synchronicity I” off Synchronicity the album playing while real, actual synchronicity is happening to me, and I’m so focused on that trippy philosophical shit that I didn’t even realize I wasn’t watching the road no more—didn’t even know I was still driving, dog—and that’s when I heard this hideous crunch and the car heaved up like I hit a speed bump going full-throttle. You know that sick feeling when your stomach flies up in your gullet, and you know that crunch you just heard wasn’t no speed bump, no way.

It was one of them floppy-eared Beagle-type dogs. His stomach was busted open and his guts spilling out all pink and red like Valentine’s candy. I swear to god I could see his back legs twitching, and he was trying to yelp but I couldn’t hear nothing, only the tribal percussion and like prehistoric whistling noises from “Walking in Your Footsteps.” I never turnt down the volume. The dog was trying to move, and there was a car stopped in front of it now, and some dude waving at me like a air-traffic controller. Then this kid rushed into the street and squatted by the dog’s twitching legs. My heart cut a backflip, seeing that little kid, and I damn near side-swiped a hooptie when I busted a right on Claiborne.

You even know what synchronicity means, bro? I can tell you. I had the definition tacked to the wall at my crib, and I looked at it so much I memorized it: “The state of being synchronous or simultaneous; coincidence of events that seem to be meaningfully related.” The tree branch. The driver’s-side mirror. The crunch. Everything came together with Synchronicity blasting out my speakers. And I was still high—all that tragical coincidence didn’t even kill my buzz, and my mind kept tumbling down crazier side-streets, torturing me with all these words and meanings. I kept saying to myself, “Syn-chro-ni-ci-ty, syn-chro-ni-ci-ty,” and I realized it was like three words all mashed together, sin, chronic, city—a-fucking-nother instance of synchronicity right there! I was sinning, smoking chronic, in the city. I flipped a wig. I had to take Synchronicity out the deck and not just retire it but like eviscerate that bitch—stomped it out right there in the street. Shit hurts me, bro. I swear to God, since that day, I can’t stand to listen to it. And I miss it, too. Don’t get me wrong, I still got mad respect for The Police for making such a classic, mad respect, but if I even go up in the grocery store and hear “Wrapped Around Your Finger” or “Every Breath You Take,” I just start bawling.

So what I’m asking is this: You know any other records that’s that classic? I mean, like, records I could ride to? 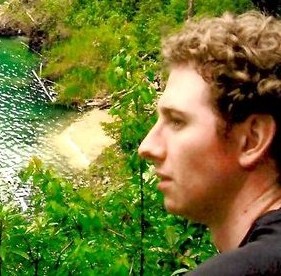 Micah Herzog Stack is a native of South Louisiana who now lives with his wife amidst the wintry fields of Iowa. He finds that the ice and snow leave him no choice but to write more fiction, which is working out nicely. His poetry has appeared in such journals as Word Riot, The Innisfree Poetry Journal, Radiant Turnstile, Paradigm, and Product. This is his first prose publication.