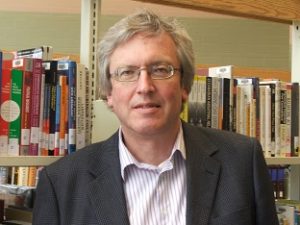 Father wakes him before six and Roman sees crisis in his bulging eyes and mouth turned down like a sauerkraut barrel hoop. “They actually did it,” Father says, voice cigarette-raw. “We’ve been occupied. The damn swine are all over the city with tanks. The Germans when I was your age and now you get the Russians. And Slovaks get to surrender again.”

Roman had been dreaming about her—somewhere in the throng lined up for onions, clutching a net bag. Yesterday, as he squeezed into the overflowing streetcar on Sturova, the bell clanged and as the streetcar began its uphill chug, he caught a glimpse of her and he knew.

The radio is crackling in the background. “The government is urging all citizens to remain calm. Armies of five nations have crossed our borders in the early hours of the morning. We’ve been overpowered and must avoid bloodshed. Accept. Avoid provocation at all costs.”

Last week Aunt Marta gave him a plate of pickled herring with dark rye bread and when he bit into the peppercorn buried in the onions, he knew that was how she would taste. When he was cutting grass for the rabbits in grandma’s hutch, the sickle hit a granite outcropping, the blade slid into the ring finger of his left hand and he knew that was her touch, right there.

Father swears. “Always calm, always avoid, always do nothing. A nation of cowards, arms up in surrender. If I was younger, damn it.” He looks at Roman, tousles his hair. “But older than thirteen. Some of the partisans in the Tatras in 1944 were seventeen, sixteen even. Sounds like it’ll be no partisans this time, no resistance at all.”

Roman breathes in Father’s reek, borovicka brandy mingled with cigars, shirt unwashed. Maybe this is an opportunity to see her for longer than a heartbeat, he thinks. In the streets, by the tanks. She’ll smile.

“We’ve got no food in the house,” Father says. “Who knows how long the stores will be open. The soldiers will loot everything; if they’ve been on the march for days they’ll want our food. I’ll run to the corner, get some rolls, rum, salami if there is any left, bryndza. You stay by the radio, listen for news bulletins.”

As soon as the door closes behind Father, Roman throws water on his face, reaches for his favorite shirt, realizes it’s red—the color of the Revolution, of the Red Army, the invaders. He’ll never wear that again. The black one smells of the soccer field but she’ll never notice. His bravery will make her swoon.

The streets are unusually full for this time of day with people milling about, gesticulating, yelling; nobody is going to work. Roman listens for a while but learns little and does not want to be around when Father returns. He decides to head towards the action at the center of town. It takes him a few minutes to realize all street signs have disappeared and he laughs. Harder for strangers to find people, important buildings—to occupy successfully—if they cannot find their way around. Somebody had a great idea, but Roman wants to do even more. She inspires him, leads him to greatness.

In front of the school on Red Army Street a tank looms; three soldiers with machine guns stand in front, grim-faced. Roman runs past the crowd, ignores the kids touching the armored tank belt, the adults jabbering at the soldiers. As he moves towards korzo, the central square by the Slovak National Theater, the crowds are denser, harder to push through, the people angrier. A young man screams on a street corner: “Twenty-three dead, butchered right here in our city, people. We’ll allow them to slaughter us? Is no one going to do any—” The young man’s voice is cut off mid-word as he is hustled off by three burly men. Roman is not sure if they are arresting him or protecting him, helping or following the non-provocation orders.

Roman is unafraid. Somewhere, he is sure, she’s waiting. He squeezes through the throng on the sidewalk to the front row; someone elbows him and a man growls but Roman has a perfect view now. At least fifteen tanks are grouped in a circle in the square. The huge poster of Comrade Brezhnev in front of Hotel Carlton has a huge red X and the word “Executioner” under it. Around each tank a crush of people is trying to engage the boy soldiers in conversation. The soldiers laugh but their hands remain close to the machine guns strapped around their chests. Roman knows his time is at hand. He feels her in the air he is breathing. As he stares, the tank in front of him grows to the size of a mountain and the two uniformed boys smirk at him. With his bare hands Roman is determined to overpower them both, to climb up to the cheers of the square, and then, seeing her in full glory in the adoring crowd, to lift her up next to him on top of the turret.

A squatting matron, checkered scarf over her hair, hands him a tomato. “Don’t even look at the swine, sonny. They act big now but we’ll wait them out.” Roman smells the aroma of the field tomato. He sees no sign of her as he bites off half. Tomorrow he’ll fight them. Tomorrow she’ll be there. Tomorrow.