I’m strolling in the Tradgarden,
the “Tree Garden” in Gothenburg.
I teach here at the College
where I’m called utlandsk lektor,
which means “outlandish lecturer,”
though Ingegerd, my Chair, says
that just indicates I’m foreign.

It’s eleven in the evening
and still light—we’re at midsummer—
arctic light that’s clear and bluish
like an aquavit that’s watered
with the clearest glacial melt.
The sky is flocked with magpies,
pied in black and white—the Swedes
say magpies haven’t decided
if they favor Good or Evil.
In a nearby birch a cuckoo
says it’s thirty-one o’clock.

Swedes are foraging for mushrooms,
piling chanterelles in baskets
to transmogrify in butter.
Girls are strolling by in pairs,
in jeans that fit like eggshells,
and the joggers pass me, working
on their cardio, determined
to collect those honeyed pensions.
Through a patch that’s free of trees
a smokestack’s breathing fire—
an authentic Nordic dragon.

Is that treeless patch the place
where the Messerschmitt went down?
My retired friend Johannes,
as a boy in World War Two,
helped an anti-aircraft battery:
“The English planes and German planes
flew over but we only shot
at German planes. We hit one
and it went down in the Tradgarden.
The pilot died. His parachute
was on his back—pure silk!
You couldn’t find silk during the War.
We all got new silk shirts.”

A couple goes by, headed
for the exit—clearly lovers,
clearly Swedish, blond and buff.
They could have been the models
Cranach used for Eve and Adam.
In his painting, Eve is reaching
for the apple while the man
scratches his head. So very Swedish.

Imperceptibly the sunset
turns to sunrise as the year turns
on the fulcrum of midsommar.
Could the clear blue light that’s falling
on this leafy grove of birches
be the primal light of Eden?
Was the Tradgarden the Garden?
And if only Eve and Adam
had an anti-aircraft battery
when Satan, like a Messerschmitt
first snarled into their airspace,
would the darkness never come?
Would the birches hold their leaves?
Would the mushrooms always wait
beneath them for the foragers,
who’d all have new silk shirts?
Would the joggers never tire
and would I not be outlandish?
Would the magpies choose to dress
in their white communion feathers,
and the cuckoo get the time right?

On the way home, I buy smultron,
Swedish strawberries. They’re tiny
and like bliss, piercingly sweet—
like bliss, not long available. 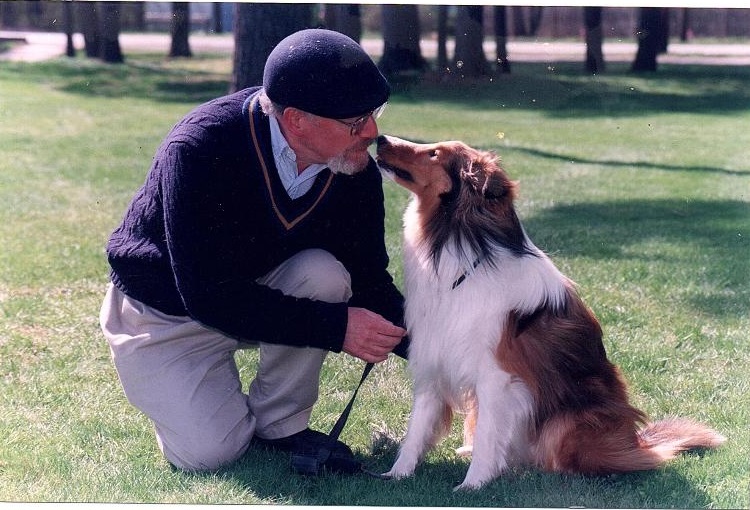 Harry Stessel taught American literature at the University of Gothenburg, and now teaches literature and screenwriting at Westfield State University in Massachusetts. His poems have appeared in the Southern Poetry Review, Cottonwood, Xanadu, and the Connecticut Poetry Review.