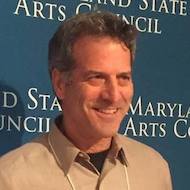 I drove out there, the river up by Fredericksburg, the low bridge on pilings and the woods all around, four in the morning by the time I arrived. The cruisers were parked, one behind the other, flashing red-and-blue lights. They showed me the breech she’d made in the rotted wood railing of the bridge. She’d gone clean through. The kid there too, the one who’d been driving the other way. He said Jamie had been going fast, her pickup truck careening. Veered right off into the water, the kid said. The front end nosing down, slow motion sinking. Water seeping in and no way for my little girl to get out. Eighteen, but still my little girl. And the red pickup nearly that old, what I drove before I passed it on to her.

I absconded. Ten days after, passport in hand. I had my ponytail and my Fu Manchu, which I’ve had these many years and still have. A plane to the Philippines. The junk—I guess that’s what they call it. I never knew what to call it. On Puraran Beach it comes cheap in the little clear packets.

A sweet kid, still wrapped in the blanket. He’d parked and waded out, but it was dark and the river deep and nothing he could do but swim around, helpless. He’d called in the license plate, somehow had gotten it. Jamie beneath, tiny like her mother, my ex. The ignition shorted out and no way to open the door or break a window. Trapped, water coming up inside, her panic. I couldn’t think of it anymore and thought of nothing else.

On Puraran Beach you can get all the packets you need. Just walk into Sak Nomi on Chalk Road, the ex-marine at the back table. So pure you can’t go to the bathroom. Not even to urinate. That’s what it does, but it does the job. You can hide again inside your white morning dreams, lying on the sweaty sheets of your hut on Puraran Beach.

Five minutes or more she could’ve lasted. No point in guessing how long, the cops said. The kid, shivering, the night cold and the woods deep, the railing black with algae. The one cop removed his cap. Did she drink? Have thoughts of harming herself?

On Puraran Beach women in cone hats paraded up and down the sand. The first time was back in the Navy. Before marriage, before Jamie. All the service guys in the Philippines. Partying on Puraran Beach. It still looked the same. I walked the perimeter in my straw sandals, chest bare and arms emaciated, still marked with the old green sailor tats.

There were other men too, the ones who’d winched the pickup out of the river at first light. Her lips pale, body limp, dangling hair sopping. In the funeral home I hugged my ex. An awkward embrace, us holding each other in a way I once took for granted. A fierce blond, barely a hundred pounds. Why don’t you shave off that mustache, she said, cut the hair? It’s about time, don’t you think?

One day on Puraran Beach I didn’t wake up for twenty hours. I puked in the squat hole and walked outside, found a log to sit on in the shade.

They junked it, the pickup. I was spared that decision. Towed it to an auto yard a few miles away if I wanted to get it, which I didn’t, though I could’ve gotten it to run fine. I’d stayed around after the towing. Saw the pavement still wet. The pickup had dripped the whole way down the road. I haven’t been back since. Not until today, weeks since the accident, weeks since Puraran Beach, something telling me to drive up. To see the river, the bridge.

A balmy evening, unseasonably warm, a quarter moon nicking the sky. Black below the shoulder of the road when I pull over to park. The water glints out in the middle. It moves sluggish below me at the railing, the breach boarded up now, a plywood panel.

In the funeral home we stood side by side to view her, our Jamie. We left for coffee after, close to each other in the red booth, our car keys spread out on the table. If you want to get high, she said, it’s only to get high. So don’t kid yourself.

She knew. Knew it before I did. After the pills and the cheap tap brew, the ten days, there was nothing left for me but to abscond, and when that got used up, when I got so sick and could think of nothing but the final way out, I somehow came up clean—ran into the ocean thinking I was done with all that. But it isn’t so.

It stays. Worse every day now. My ex doesn’t call. We left the booth that night in our separate cars. Nothing’s for granted anymore.

The water hushes past, black below. The pine trees rise above the bank road, tall and spare in the late fall. The air pure, the sky pure. I’ll come back here again. In the daytime. I’ll come in the early morning, the late afternoon. I’ll come back at midnight, in winter and in spring. I’ll get to know this place. The trails in the woods or how the river bends northward, how often cars cross the bridge. How the wind shifts and the different birds that fly overhead. I’ll keep coming back until one day I won’t any longer know why.

Luke Tennis has published numerous stories, most recently in Free State and The Forge Literary Magazine. Writing awards include two fiction writing grants from the Maryland Arts Council, winner of the Phoebe Magazine Short Story contest, the Tucson Book Festival literary competition, and the Prime Number Magazine Flash Fiction contest, as well as other competitions. He lives with his wife and two children in Baltimore.