OFFERING PRAYER, OR WHAT I BROUGHT TO STANDING ROCK 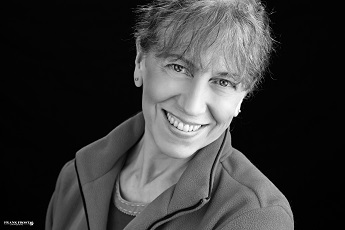 I brought my Red Cross blanket to Standing Rock. I wanted to show some kind of solidarity with the Lakota/Dakota. Like—I too have felt the pain of losing a home. But I hadn’t lived in Staten Island that long when Sandy hit. She made me a refugee for two weeks and ruined my bicycle. Does that compare? Please show us how to act in the aftermath of murder.

I brought my fancy ways with a kitchen knife because I don’t know how to build Tipis. But I cut off the tip of my index finger showing off with the potatoes. Quite simply, the white girl wasn’t used to julienne-ing with the temperature hovering around 29 degrees. That’s Fahrenheit, you know, because I’m an Amurikan. And don’t you forget it. Forgive us for taking their land.

I brought the fact that I’d been shot once, in the upper thigh. When the volunteer doctor cleaned the julienned finger, I didn’t wince. He asked me if that was because I was a woman and therefore evaluated all pain by the standards of childbirth. I told him no, it was because I’d been shot. I thought this would impress him more than childbirth. It used to impress. But now, bullets are ubiquitous. You find them in your breakfast cereal, on the beach, in the wall of the enormous VIP Cineplex in the middle of the mall. They poke the back of your thigh when you sit down in a church pew. Most, they say, are from botched suicides. But also, you know, suicide by mass killing. “In the U.S. you are 20 times more likely to die by bullet than in any other country, except for those in the middle of a Civil War.” May my death not be violent.

I would love to say I feel like a stranger here. Then I could marvel at strip malls and discount gun marts (free ammo with every Glock purchase). But I don’t. I’m not a stranger. I’m an American. May my death not be violent.

I brought tobacco, which is sacred. I brought a five pound can of it. It smelled good in the car, like dense fruit. Smoke God into us.

The State Police followed me up the river. Hey, I am the daughter of a redneck, I’ve known Staties my whole life. I come from people who drink whiskey and shoot deer. At the same time. (Hyeh, hyeh, that’s a joke, son. Sorta). May my white skin protect me from white men.

I brought a skirt, because Oceti Sakowin is sacred ground and I’m a woman, they tell me. Or maybe not, because I’ve never had a baby, and I’ve been shot. May my womenhood not be bitter.

I brought the fact that I speak Spanish. Like it was proof of my non-settler-ness. (Solidaridad! Estoy con ustedes. Esta es una lucha pa’ todos.) May all our problems be First World ones.

I brought blankets that were not Red Cross issued, and not infected with smallpox. May two degrees (F) of warmth absolve me.

I brought my own history. We settlers don’t like history. It’s why we’re obese. The past stays inside, you never shit it out, you never look at it. Man, that’s heavy.

I didn’t bring whiskey. May my ancestors dance. May the deer go free. May the police drones go blind.

Glena Trachta (pen name) is a former dancer turned lawyer and writer (not an easy transition). Her fiction, non-fiction and poetry have been published in numerous venues, including Narrative Magazine, Stance on Dance, Animal Literary Magazine, Foliate Oak, and Pirene’s Fountain. She’s lived in Chicago, New York, and Albuquerque, and has taken wrong turns in all of them. She just finished a novel about early 20th Century Butte, Montana, and is at work on a tragicomic verse play about ocean pollution.