AFTER THE BOSTON MARATHON BOMBING 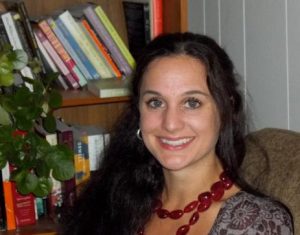 I didn’t know whether I’d be able to do it again, ever. I lay on the couch in the living room with my eyes closed, imagined the mangled skin on what was left of my leg, when Sheila came by unannounced. She walked into the house carrying a casserole. “I’ll put this in the freezer,” she said. She offered to bring me beer or milk from the kitchen, wanting to wait on me in a way she never had when we were married. Even suggested she give me a neck rub, but I didn’t have the strength to move. I liked it—her company. I was still so zonked out on painkillers that I wasn’t even sure what was real. The smell of smoke, of burning skin, seemed years away, as if it had been someone else running the race, some other poor guy’s legs blasted out from underneath him. It felt like the last ten years hadn’t happened, like Sheila hadn’t ever left and married Doug.

I dozed in and out, catching glimpses of a movie on TV—something our daughter used to watch about a bunch of kids traveling underground, searching for a buried treasure. Sheila sat across from me on the loveseat. She walked toward me with a plate of cheese and crackers, tried to feed me small pieces. I shook my head. I hadn’t even been able to think of food, my stomach was so tweaked.

She held a bowl with a wet cloth that she kept wringing out, then spread it across my forehead. It felt softer than any of the towels I own, the way a meal tastes better when someone else cooks it. “Does that feel good?” she asked. I nodded through Percocet laden dreams. Woodsy trails with orange leaves. A pink horizon seen from the middle of the ocean.

Sheila started to pull the elastic band of my pants; I felt myself get hard, but my knee was throbbing, and the pain was stronger. Then I felt her tongue. In the ten years we were married I don’t remember ever feeling her tongue on me down there, not like that. It was the strangest sensation, this feeling of being stabbed in the leg, of raw, relentless hurt and deadened nerves, so close in proximity, tingling their way back to life. I could tell that she was working hard to get me there, to wake me up from the pull of sleep. To remind me of my hunger. I asked her for a drink. “Something strong,” I said. “I’m sorry.” She said nothing, just stood up and found the glasses, the ice. “Thank you,” I whispered, gulping, the burn of bourbon a relief.

She took the empty glass from me, placed it on the floor. “Do you want me to stop?”

“No.” The presence of pain was still there, behind the film of booze coating my throat. The pain pressed with a steady, relentless pulse. But I was hard. She leaned down, touched my stomach, peeled my pants back again. Her mouth was cold from ice cubes, and I shivered. “You’re killing me,” I said.

“I’m trying to do the opposite.”

“What about Doug?” I asked, half hoping she’d stop in case I was unable to follow through. I didn’t give a fuck about her new husband, or their marriage, but I didn’t want her to see me so incapacitated—I wouldn’t be able to take the way she’d look at me afterward, the disappointment stroked across her face, as if I had held the power to save and release her at the same time, and let it go. As if I had no fight left.

“Let me just do this for you,” she said. It was the first time in weeks that I felt any semblance of something other than pain. I stared at the ceiling, but I was outside my body too. Lingering there in the room while still hovering above the finish line at the same time. Her mouth closed, and I felt myself growing. I grabbed her shoulders and reached to lift her shirt, but she said, “Don’t move,” and pulled it up and over. She wore one of those lacy bras, the kind I used to love, that you could see her nipples through, the fabric scratching my skin. It was never our sex life that had been lacking— I always wanted her, and I knew she wanted me too—it was everything else that had come undone. But now there it was, the type of compassion neither of us exhibited when living together. It was different from anything we had shared during years of marriage. Different than bringing our daughter into the world, raising her, one of us holding her afloat in the pool while the other taught her to kick. Different from nights of roasted chickens and black tea and wine. It was a rare tuning in and turning toward one another, a syncing with the rhythm of the other, the silent voices spurred from a language of flesh and bone. It was the potency and poetry of pain alongside pleasure, the urgency of the situation that kept me there in her mouth, her hands digging into my thighs.

“This has nothing to do with Doug,” she said. “This is history.”

Gina Troisi received her MFA in Creative Nonfiction from The University of Maine’s Stonecoast MFA Program in 2009. Her prose has appeared or is forthcoming in numerous literary journals and anthologies, including The Gettysburg Review, Fourth Genre, Fugue, and Flyway: Journal of Writing and Environment. Her memoir, The Angle of Flickering Light, is due to be published by Vine Leaves Press in April of 2021. She is currently at work on a novel-in-stories.