REAGAN’S SWITCH FROM BOXERS TO BRIEFS 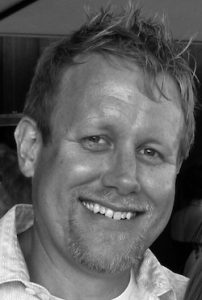 Nancy brings it to his attention while they are fooling around in the Oval Office, on the Resolute Desk no less, during what he likes to call his Back-Side Attack move, not even bothering to remove his peach dress shirt even though he had the buttons sewn on over Velcro tabs so that he could get in and out of his clothes quickly if it was needed, which is just the way it was in the early days before he told Gorby to “Tear down this wall,” which was a mistake because the original speech had posed it as a question, “Isn’t it time we took down this wall?” which everyone can agree would not have had the same impact. She says, “Golly, they are sure starting to sag,” and Ronald thinks she is talking about her breasts, or the loose meat hanging on the back of her buttocks, and he tries to keep her from going down that dark road because she sometimes locks herself in the Vermeil Room for days and days in stark depressions and rerun after rerun of the Jerry Springer Show and the other one from that bitch Oprah Winfrey, so he says, “Sweet-Cheeks, you are as beautiful as the first day I saw you,” and his sexual energy gets a little boost with the memory of how she had given him a quick handie behind one of the trailers on the set of “Bedtime for Bonzo.” She had just grabbed him by the shoulders, slumped into him and kissed him, and without even looking around had unzipped his chinos and went to it.

Those were some good times. He thinks about flipping her about for the Duck and Cover, but she brings everything to a stop with, “Your testicles are what I was talking about,” and Ronnie is transported back to his college days with his Tau Kappa Epsilon brothers at Eureka College, and how all of them started wearing briefs after Neil Reagan, brother and famed inventor of the incredible technical move, The Salad Spinner, told them that their balls would start to sag if they didn’t wear something with some support, and Neil had even gone so far as wearing a jock and then even a cup, which earned him the title Double Bagger, and which Ronnie thought was a bit over the top, but when he finishes up with Nancy he grabs one of her silver embossed hand mirrors and takes a good look from the back side and from the front and mutters, “Well, would you look at that. Would you just look at that. Neil was finally right about something.”

S. Brady Tucker is originally from Wyoming, and served as a paratrooper with the Army’s 82nd Airborne Division in Iraq. His first book, Mormon Boy, won the 2011 Elixir Press Editor’s Poetry Prize and was a finalist for the 2013 Colorado Book Award. His poetry and fiction have won numerous awards including the Shenandoah Bevel Summers Fiction Prize and the Literal Latte Short Story Award. His work is forthcoming or has appeared in the Iowa Review, Verse Daily, Poetry Northwest, Chautauqua, River Styx, Asheville Poetry Review, storySouth, and many others.