THE GIRL WITH EXFOLIANT EYES 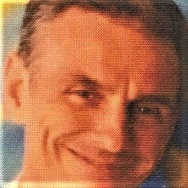 And plucked another errant petal
From beneath the shimmering

Highlights and blackened archways
Of yet another summer-frosted

We are in the midst of another 14-day quarantine lockdown on my section. That’s the second one this year, which along with a 3-week lockdown/shakedown and a week that was almost like a lockdown because of the Big Freeze, has left a lot of my compadres at their wit’s end–and they didn’t have a lot of wit to begin with. I don’t mind so much, especially since my cellie got moved to the dorms the day before this one started.

Yep, I’ve been in my little two-man cell all alone for 5 days! If it wasn’t for missing out on commissary they could basically leave me like this. It’s like a sabbatical in a way, hence this submission.

These poems come from my time serving as a third wheel to the Kid and Khamille show. She was my gay BFF and he was her (for a time) undercover boyfriend. I miss that feminine energy, though it’s nice to be without all the drama. Maybe not all of it. They made me feel useful and helpful, and gave me a new slant on how to look at the world.

Khamille’s been gone, like, three years or more. She hit the streets, dropped the transgender motifs, grew a wispy mustache and goatee, and became Trell again. That caught a lot of people by surprise, guard and con alike. You should have seen some of the reactions when I showed “her” pictures. I guess they all forgot that a boy who tucks is still a boy inside and out.

For a while we talked on the phone, but he’s drifted off. It happens. At least he’s stayed out of the pen and had started college—or continued what he’d started in here. I spent quite a few days listening to him cry and meltdown on the phone just like I did when he was here. The difference being that out there I can’t protect him. Kid got transferred and messed up, but even he should get out this year. But, alas, he won’t be paroling to Khamille like they had planned. He missed too many parole dates and like they say, the world don’t stop just cuz your baby said she’d keep it real.

Jack Vian won the PEN Prison Contest for Poetry in 2004. His poems have recently been published in Rattle, the Kerf, and Quiet Diamonds. He practices yoga and follows the Dharma at the Texas Department of Corrections-Beaumont.